Ministry of Health confirms that almost 80% of those hospitalised are unvaccinated. 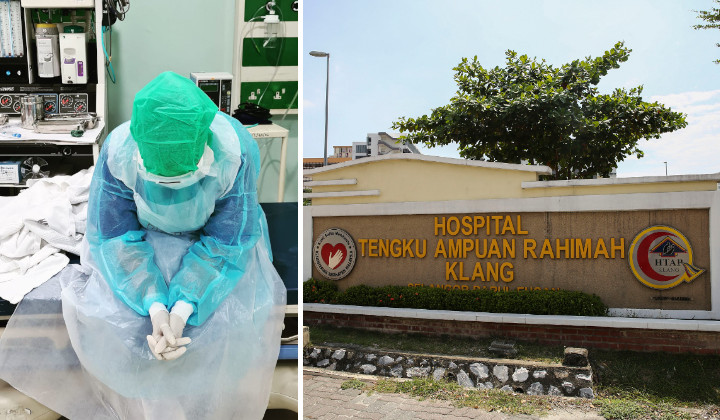 The Emergency and Trauma Department head at Tengku Ampuan Rahimah Hospital (HTAR) in Klang suspects that the increased number of Covid-19 hospitalisation among young people is caused by vaccination-hesitancy.

Dr Ahmad Tajuddin Mohamad Nor said in a report, that the number of younger people hospitalised for Covid-19 has outnumbered the elderly since the fourth wave of the pandemic that began in late June.

Two-thirds of the Covid 19 patients there are under 60 years old and have not been vaccinated.

He began to suspect that vaccination-hesitancy was the cause when more and more vaccination facilities, such as walk-ins, were made available. But, the patients that kept coming in were still unvaccinated.

The Ministry of Health (MOH) corroborated Dr Ahmad Tajuddin’s conclusion stating that almost 80% of those hospitalised in Malaysia are unvaccinated.

HTAR director Dr Zulkarnain Mohd Rawi confirmed the trend, estimating 70% of admissions were unvaccinated. He said that about 80% of deaths occurred among the unvaccinated.

But It Gets Worse

Dr Zulkarnain also said that the younger patients at HTAR tend to have comorbidities, obesity and because they never went for a checkup, undetected diabetes before hospitalisation.

According to MOH data, all registered adults in Malaysia have received at least one dose and are waiting for their second dose.

About 6% of residents in Malaysia or 1.46 million have not registered for vaccination. These include the diehard vaccine sceptics or people who were not able to overcome barriers to access, be it technical or geographical.

The percentage of anti-vaxxers is small, the number of deaths and hospitalisations has not stopped them from discouraging people from getting their shots.

At the same time, they want all the perks of being fully vaccinated and have resorted to fake digital vaccination certificates and endangering people at restaurants, cinemas and across interstate lines.