The upgrades were made in the midst of the Covid-19 crisis. 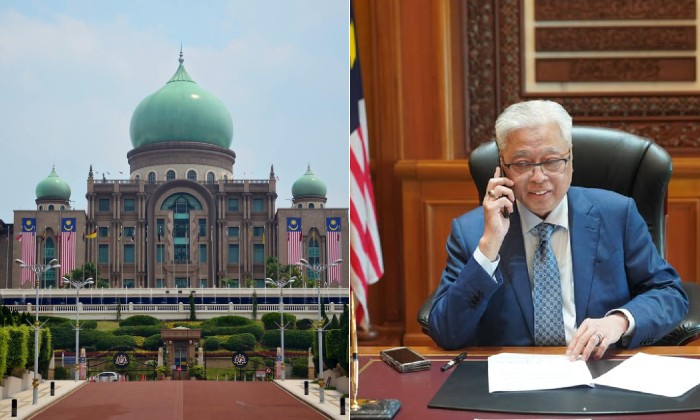 Subscribe to our new Telegram channel for more updates and stories.

Over RM1 million of taxpayer’s money was spent by the Federal government on upgrading the offices of four ministers at the Prime Minister’s Department (JPM) between 2020 and 2021.

In a written parliamentary reply sent by Prime Minister Datuk Seri Ismail Sabri Yaakob to Segambut Member of Parliament (MP) Hannah Yeoh, the PM explained that the upgrades had involved renovations and replacing old furniture at the offices of Parliament and Law minister, and the Sabah and Sarawak Affairs minister as well as their deputies.

Renovations costing RM380,000 were made to the Parliament and Law minister’s office with an additional furniture cost of RM90,000, while upgrades to the deputy ministers office had cost RM192,870 plus another RM10,000 spent on furniture.

Meanwhile, RM145,977 was spent on renovating the offices of the Sabah and Sarawak Affairs minister and his deputy with an additional RM245,733 spent on furniture.

But the PM said that all of the upgrades were done according to JPM’s Guidelines and Regulations for Building Planning by the Standard and Cost Committee, Economic Planning Unit.

Hannah Yeoh had earlier criticised the government on social media for not providing a complete answer to her parliamentary queries which requested a detailed breakdown of how much taxpayer money was spent to upgrade the offices of Federal ministers and their deputies instead of just the offices at JPM.

The MP also alluded to the fact that these upgrades came when the country is grappling with the Covid-19 crisis.

She later poked fun at how the PM had approved to spend RM1 million to strengthen and stabilize the banks of Sungai Kemensah in Selangor, which she says cost less than the upgrades made at JPM.

Netizens Criticise Opposition MP For Paying Interns Only RM900 In Allowances, But He Explains Why

How Do You Pronounce ‘IKEA’ And Does It Matter?