A petition by NGO Family Frontiers is calling for government to drop the appeal against child citizenship suit. 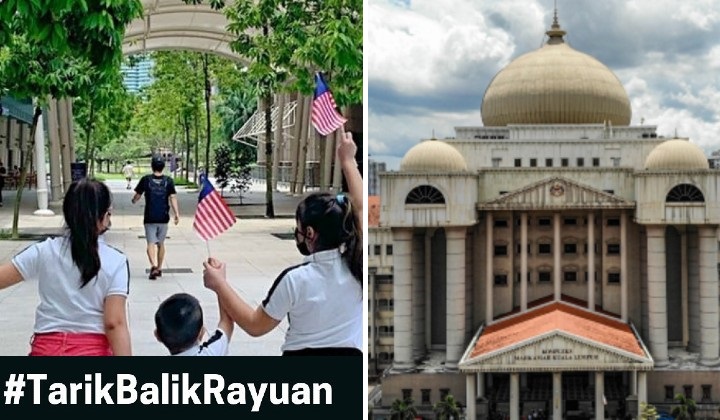 It was a victorious day on 9 September 2021 for Malaysian mothers when the Kuala Lumpur High Court ruled that they could now have the right to grant citizenship to their children born abroad, which previously was only granted to Malaysian men.

However, that victory was short-lived as in a bold turn of events, the Malaysian government filed an appeal against the landmark court decision on 13 September.

Not long after, an online petition was launched by Family Frontiers Malaysia saying:

We see this as a betrayal of the right that are long overdue to Malaysian women.

The petition, titled “Government Must Withdraw Appeal against Ruling on Citizenship Right of Malaysian Mothers” gathered more than 10,000 signatures in about 24 hours since it was launched yesterday evening (14 September).

Ministers and the Spirit of the “Malaysian Family”

Since the issue touches on laws and policy, Communications and Multimedia Minister Tan Sri Annuar Musa wants Cabinet to decide and was confident they will look into the matter with the spirit of the “Malaysian Family”.

He believes the voices of Malaysian mothers should be heard.

Final Frontiers Malaysia described the 9 September ruling as lifting the anxiety that plagued them with the uncertainty of their children’s status, well-being and future.

However, with the Government appeal against the decision, they felt it has delayed justice not just to Malaysian women, but their children and their extended families.

The Government had an opportunity to embrace the High Court’s decision, and move the needle towards greater justice and equality for its women citizens. Instead, the Government has chosen to perpetuate this gross injustice that has plagued Malaysia since independence, the weight of which Malaysian women have borne for 58 long years.

Want to call on the Government to withdraw its appeal against women’s equal right to citizenship? Sign the petition here.