The World Of Tim Burton Exhibition will be held at Pavilion Bukit Jalil from 21 March to 30 July 2023. 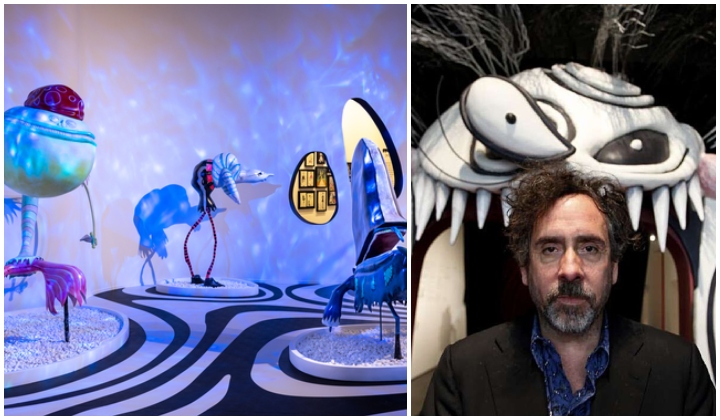 If you’ve watched Wednesday on Netflix, a spinoff show from The Addams Family, then you’d know that the creator of that TV show is a genius.

Not just that, but Charlie and the Chocolate Factory, Miss Peregrine’s Home for Peculiar Children, Edward Scissorhands and Beetlejuice? They all speak for themselves. A peculiar but brilliant work of art in the film industry. It all came from the mind of Tim Burton.

For the first time in South East Asia, the mesmerizing world tour exhibition of Tim Burton makes its debut in Kuala Lumpur, Malaysia.

The exhibition will be held at the Bukit Jalil Pavilion from 21 March until 30 July 2023.

So, what’s so special about this exhibition? What are some of the attractions?

Malaysians can see for themselves the paintings, sketches, photographs and puppets used in his previous film works.

The exhibition will be divided into 10 sections with different themes with 540 artworks on display including 150 special works by Tim Burton that have never been shown at the Museum of Modern Art (MoMA) in New York.

The 10 theme sections that will be exhibited are:

Previously, this art exhibition by Tim Burton was visited by more than 800,000 people when he exhibited his artwork at the Museum of Modern Art (MoMA) in New York in 2009.

What’s more impressive was, the number of visitors recorded at that exhibition was the third highest in MoMA’s history.

Apart from Malaysia, this art exhibition will also visit several other countries such as:

The exhibition ‘The World of Tim Burton’ in Malaysia organized by Toybox Projects in collaboration with Eurasion Entertainment Consultants Ltd and KOL Nation will start selling their tickets to the public on 11 January.

They also have early bird tickets with RM20 off for each category. You just have to book them early starting this 11 January. But if you decide to go there on a whim or at the last minute, you can also walk in and buy tickets there too.

What’s more exciting is, you can get more discounts when you come in groups! The organizers will also offer combo prices for the whole family, large groups and VIP packages to enable visitors to visit the exhibition more than once.

Tickets can be purchased on the KOL Nation website as well as TicketCharge.

For more info on the ‘The World of Tim Burton’ exhibition in Malaysia, click here.

A little background on Tim Burton

Tim Burton is widely known as one of the most imaginative artists and filmmakers capable of realizing the greatest visual effects in his work.

Born in Burbank, California in 1958, Tim Burton attended the California Institute of the Arts (CalArts) to pioneer a strange and unprecedented cinematic genre.

One of his works, the television show Wednesday, is currently the number-one series on Netflix worldwide.

Despite being known as a filmmaker, Tim Burton is also a talented artist in fine art, photography and sculpture.

His creative and impressive artwork is also called ‘Burtonesque’.