Rabbits need lots of space and stimulation but most people are unprepared to give proper care to their pets. 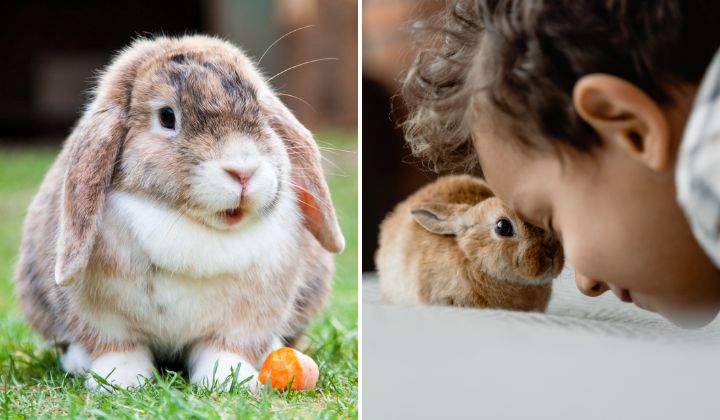 The year 2023 is the Year of the Rabbit according to the Chinese lunar calendar. While it’s tempting for people to buy a rabbit or two to usher in good luck and fortune, the Consumer Association of Penang (CAP) issued a statement to advise people against it.

This is largely due to people’s unpreparedness to properly care for rabbits in their own homes.

CAP worries that once the novelty dies off, the poor pet rabbits will be left in terrible and filthy living conditions.

To top it off, most people and pet retailers are misinformed regarding the correct upbringing for rabbits.

The common misconception is the belief that rabbits are low-maintenance pets, which is untrue.

Most people will keep their rabbits in wire cages with little to no space to run around and exercise.

Keeping rabbits in a wire cage will hurt their tiny paws and cause ‘sore hocks.’ Pet rabbits are also often only fed with pellets when they should actually be fed with hay, grass, and fresh greens (not only carrots!).

Rabbits are also social creatures and they live in groups. Without stimulation, they can get bored which can lead to aggression, depression, and self-harm.

Despite their popularity, rabbits are among the most neglected animals that humans have domesticated, insensitive to the suffering such domestication often entails. It is time for people to change their thoughts about keeping (them as) pets and tackle the ignorance that is so prevalent.

For those who want to usher in good luck and fortune in the Rabbit year, CAP suggests consumers buy a toy rabbit or figurine instead so that live rabbits won’t be subjected to poor care and living conditions.

What do pet rabbits need?

If you still plan to have a pet rabbit of your own, here are some things to take note of so the rabbits can live happily and healthily:

Welcome The Year Of The Rabbit With Paradigm Mall PJ