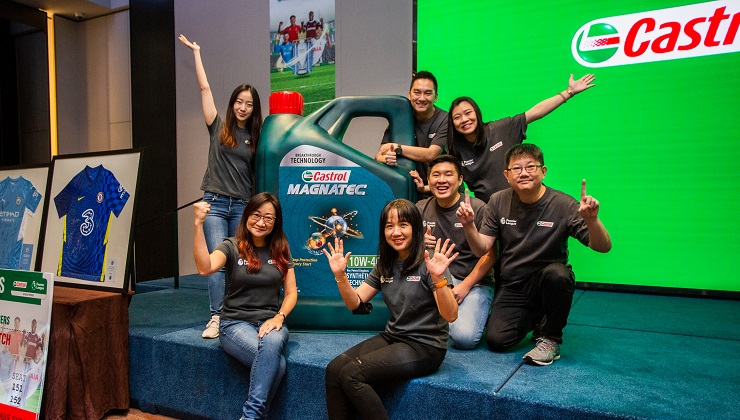 Castrol, one of the country’s leading automotive lubricant companies, hosted the Castrol Game Changers event on 3 December at Tropicana Golf and Country Club.

The event witnessed the selection of two champions who won an all-expenses-paid trip to England and two tickets each for a Premier League (PL) match in 2023. Castrol’s global partnership with PL further enhanced Castrol’s visibility to a wider range of international audiences, driving the excitement of football fans and automobile enthusiasts

There were two phases to the event: The Castrol Race Off, which saw Meor Razzi Rizal Meor Faisal with the fastest time win two tickets to watch a PL match in England next year, compete against twenty teams comprising of 40 qualifiers pre-chosen from May to September. Each team picked one member of their team to race against the other teams in a driving simulator race. Following this, the Castrol Kick Off, which witnessed Lim Choo Leong, having secured the highest score in this round, won a second pair of tickets, had the eight top-ranked teams from the Castrol Race Off (barring the winner) compete in a two-vs-two futsal tournament. For their effort, the runners-up from the Kick-off was awarded with a signed Premier League jersey.

“We are excited to reward our two winners and their partners to witness a once-in-a-lifetime opportunity to experience a live PL match. It will be a momentous occasion as our Malaysian champions will join winners from other nations to enjoy the match next year,” said Keow Mei-Shan, Marketing Director of Castrol Malaysia & Singapore.

The Castrol-PL partnership pact was announced in the end of 2021; and is spurred by the automotive lubricant brand’s passion for football as well as its previous successful collaborations with associations such as FIFA World Cup and UEFA European Championships. With a worldwide television audience of more than 3.2 billion, the PL is the most-watched football league in the world – with averaging attendance of more than 38,000 passionate fans joined by a global audience of 643 million viewers per game.

“Castrol Malaysia hit several milestones starting with our PL partnership, Castrol Hari Mekanik Malaysia’s fourth anniversary, and the 20th anniversary of Castrol Auto Service (CAS) in the country, among others. We are elated to interact with our consumers through this event and looking forward to connecting with them through new activations in the future,” Mei-Shan concluded.