She has won many awards and made various magazine covers this year, including being Time’s 2022 Icon. 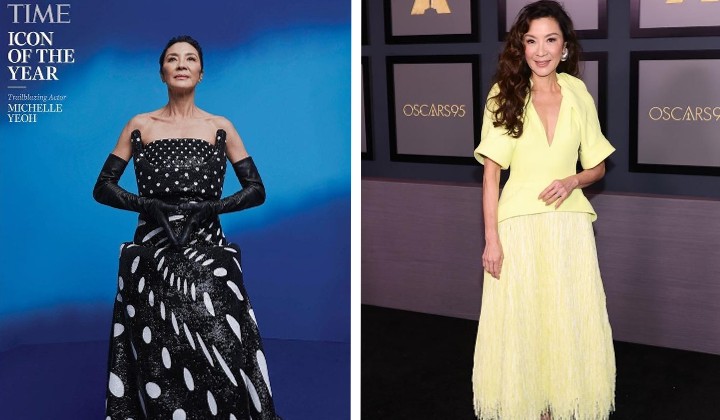 Ladies and gentlemen, she’s at it again.

Our legendary Ipoh-born actress, Michelle Yeoh has been making headlines, again and again, this year alone.

For 2022, not only has she made the Forbes 50 Over 50 Asia list, she also received an honorary doctorate of fine arts from the American Film Institute (AFI), won a Tribute Award at the Toronto International Film Festival (TIFF), nominated as well as won best actress in various other awards and was on the cover of countless famous magazines.

Her latest achievement? Time Magazine’s Icon Of The Year.

READ MORE: Tan Sri Datuk Michelle Yeoh Will Soon Be A ‘Dr’ Too!

2022 is a lucky year for our Malaysian actress.

Time’s Icon Of The Year

Not long ago, she was listed in Time’s ‘100 Most Influential People of 2022’ in May. Now, 7 months later, she returns to the magazine at the front cover, as their Icon Of The Year.

With almost 40 years’ worth of experience in the film industry, the 60-year-old actress has been in more than 70 films and television series.

Some of her notable films include Crouching Tiger, Hidden Dragon, Tomorrow Never Dies, Memoirs Of A Geisha, Crazy Rich Asians, Shang-Chi & The Legend Of The Ten Rings, Everything Everywhere All At Once and many more.

From growing up in Ipoh and dreaming of a future in ballet to winning her first Miss Malaysia pageant and starring in commercials that got her into the Hong Kong film industry, her story was told extensively in the Time feature.

She even talked about how some of the movies she starred has brought her to where she is now.

Take a look at her feature in the magazine here.