Building up from the enchanting classic film in 1988, this new series will follow Willow, the wise sorcerer and his group of young heroes who go on a journey across unknown worlds to save their Prince. 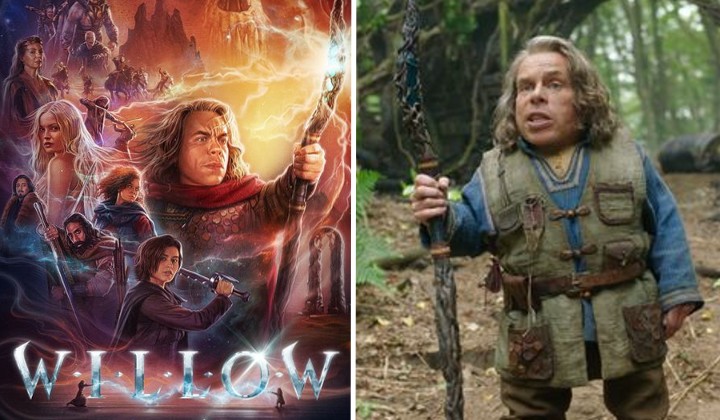 Willow was actually a dark fantasy adventure film created by George Lucas (creator of Star Wars and Indiana Jones) back in 1988.

It tells the story of an aspiring sorcerer whisked away on a journey to protect an infant empress Elora Danan and vanquish the evil Queen Bavmorda in their world of Andowyne.

Now, 34 years later, the creators have finally created a sequel to the fantasy world with a new adventure in place, again involving the now-grown Elora Danan and her band of unlikely heroes.

This new series is about how their kingdom is threatened once again by evil forces. The monsters from the dark forces have kidnapped Queen Sorsha’s son, Prince Airk and it is up to her daughter, Princess Kit and her group of young heroes to save him.

Bringing along two experienced fighters (Jade and Boorman), another two useless characters (Dove & Graydon) were roped in the ensemble as well to find the great sorcerer (Willow) and together go on a quest to save the obnoxious Prince Airk.

There are a few familiar faces and tonnes of new ones in this show. Although Val Kilmer isn’t returning this season as Madmartigan (Kit’s father) you can see Warwick Davis and Joanne Whalley reprising their roles as Willow Ufgood and Queen Sorsha.

I love how the creators managed to combine contemporary culture and old-kingdom fantasy really well in this series.

The main characters actually spoke the current lingo (sort of like an American accent) in the series, making the story a bit more laidback and funny. You can really relate to the jokes and charming attitudes of the cast.

Apart from not really understanding the plot at first, I find that some of the settings and monsters aren’t that real looking and could use a bit more CGI.

They did, as a matter of fact, film the whole series in breathtaking places in Wales (where the original movie was filmed), but some of the sets didn’t look ‘magical’ enough.

And I also think that they should make some of the scene transitions smoother. One second you’re trapped in a cell and the next second someone magically appears to save you. And then cue the fighting scene. It can be a bit hard to track what’s happening at a particular moment in the series.

As someone who has not watched the previous 1988 film, I didn’t relate that much to this series. Initially, I just thought that this would be a show similar to Game Of Thrones or Merlin.

If you like those kinds of fantasy drama television series with magic and war, then you’ll like this Willow series. It has a gripping storyline, a humorous band of characters and a fantastic soundtrack that’ll get you hooked on. Although I must warn you to set your expectations low.

But if you’re a fan of the initial film, then you should watch this series to see how the original characters have progressed. Aren’t you curious to see how little Elora Danan grows up to be? Was she really worth saving back then?