The short 6-episode series of Zootopia+ is set to premiere exclusively on Disney+ Hotstar. 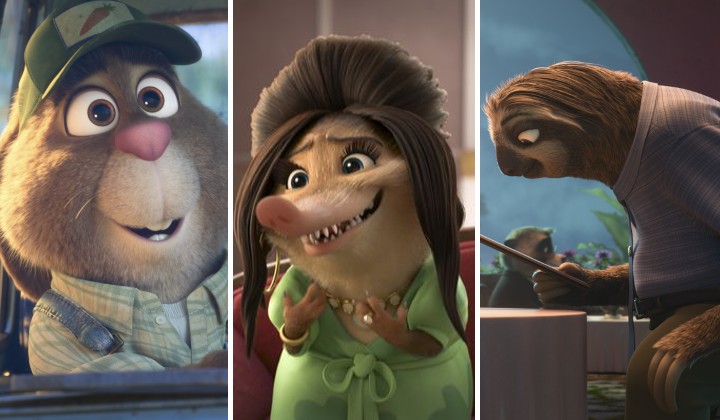 Who doesn’t remember the adorable but feisty bunny, Judy Hopps and her cunningly sly fox partner, Nick Wilde? From a cop and conman to partners on police duty, this duo is the star of 2016 Disney’s animated film Zootopia.

Their other notable characters are Gazelle the superstar, Flash the sloth, Fru Fru the shrew and many more.

Now they’re all coming back to you this year in the form of animated shorts, each around 7 minutes in duration.

Zootopia+ is a mini-series about the lives of supporting characters in the original Zootopia movie. We’ll see Judy a bit here and there in cameos but the episodes are mostly about the intriguing minor characters’ lives.

The familiar characters that they’ll be focusing on are Bonnie and Stu Hopps (parents of Judy Hopps), Fru Fru (the dramatic shrew), Duke Weaselton (the small-time weasel crook), Mr Big (the godfather for the shrews), Clawhauser (the energetic cheetah cop) and Chief Bogo (the strict buffalo cop) as well as Flash and Priscilla (the sloth couple).

The timeline is set in the original film where the stories of the small roles’ lives coincide and relate with the storyline of the film. Different episodes of the series have different genres and themes and it’s quite creative how they came up with all the episodes. You’ll get to watch a reality show, a musical, a crime family genre, a high-speed action genre and many more.

Is it worth watching?

Personally for me who loves Disney animated films, yes you should. It takes you down memory lane and will make you remember the 2016 movie. Now I feel like watching the movie again.

I especially love The Real Rodents of Little Rodentia, Godfather of the Bride, and Dinner Rush episodes.

The Real Rodents of Rodentia tells the story of Fru Fru preparing for her upcoming wedding with her family and friends. They did it in a reality show genre which makes it so dramatic and hilarious. It’s like watching The Kardashians or The Real Housewives of New Jersey. It’s honestly truly amusing and my most recommended episode.

Godfather of the Bride is my second favourite as it tells the story of how the father of the bride made it from Mr Small, a humble immigrant shrew to Mr Big, the scary Italian mob leader. It’s truly fascinating as they tell it in a crime family genre. You get to see how this little shrew made everyone respect and fear him. As all gangsters say, it’s all about family.

Dinner Rush is truly amusing as we get to see our favourite character Flash, the frustratingly slow sloth, bringing Priscilla out on a date. It’s hilarious how Sam, the otter waiter had to serve these two incredibly slow sloths while she had to rush off her shift to catch a concert later that evening.

For those who love Disney spin-offs, you should give this series a try. Zootopia+ is available on Disney+ Hotstar starting this 9 November.

Catch the trailer of Zootopia+ here.

READ MORE: ‘Cars’ Franchise Has A Mini-Series Coming To Disney+ Hotstar This 8 September!

READ MORE: Baymax Is Back With A New Mini-Series Launching 29 June!

READ MORE: I Am Groot – The Most Adorable Character In The MCU Takes Center Stage In New Series [Review]