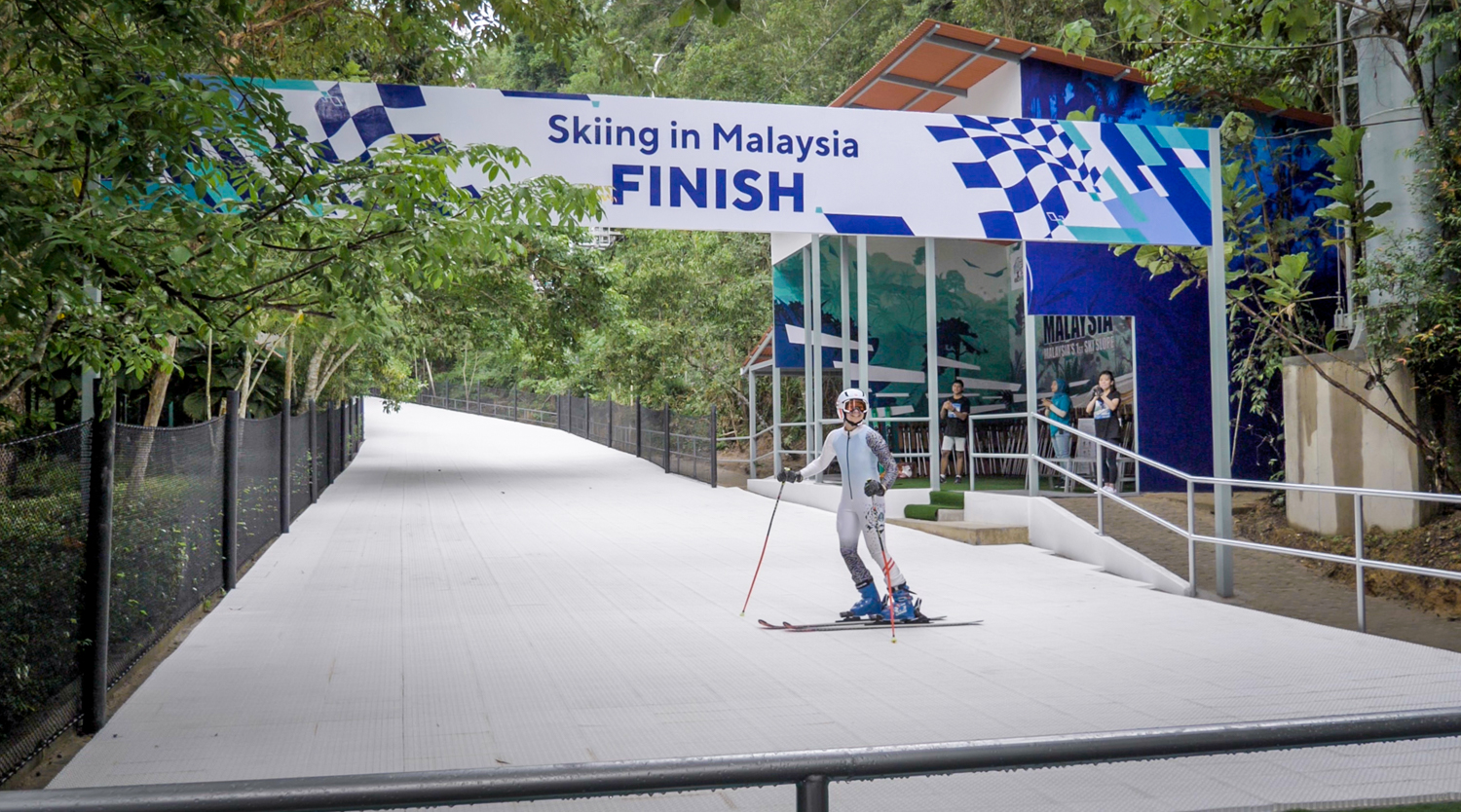 So you’re telling me that a Ski Slope – of which snow is a key component – is available in Malaysia – a country with a tropical climate? And we have our own Dead Sea – like ‘the’ Dead Sea in Jordan known for its high water salinity where everything simply floats on it? How is this possible?

The answer lies in none other than: ESCAPE Penang.

Like all ventures, ESCAPE Penang started out small, by – according to Penang EXCO for Tourism and Creative Economy YB Yeoh Soon Hin – “our very own Penang boy himself, Datuk Sim Choo Kheng”.

“I have no doubt that ESCAPE Penang has and will continue to be a tourist magnet for visitors for decades to come, as proven by the millions of visitors who has visited this park,” Yeoh said.

Meanwhile, speaking to the press at the park, Yeoh, in a lighthearted manner, said: “Just come to Penang, don’t need to go far far.”

So what is it that makes ESCAPE Penang so newsworthy?

Well, to begin with, all of their attractions were built with the goal of repurposing existing infrastructure while preserving the park’s natural setting. It is a theme park where visitors can enjoy exciting rides and games where the natural environment is undisrupted.

ESCAPE Penang’s Ski Slope and Dead Sea Pool were launched on 4 November in commemoration of their 10th anniversary. The event was hosted by Harith Iskander, Malaysia’s renowned comedian.

First and foremost, a ski slope is a sloped surface that you can ski down, whether it’s on a mountain covered with snow or a specially built building. And what is a prerequisite for a ski slope? That’s right, a mountain, and a whole lot of snow.

So how is this possible in Malaysia, a country with no snow at all?

Well, they simply cover a 302-metre-long downhill slope in a special material that allows skis and snowboards to slide effortlessly down it to create Malaysia’s very own Ski Slope. So, ESCAPE Penang’s Ski Slope is a snow mountain slope reimagined, but without any snow involved. Just how brilliant is that? Now, who wouldn’t want a skiing experience right in our little country’s tropical setting?

Remember what I mentioned about ESCAPE Penang building their attractions around repurposing infrastructures? And what a brilliant repurposing the Ski Slope was, being laid over a defunct road on what was once a construction site in Teluk Bahang Dam.

Kudos to Sim Leisure Group for proving yet again their creativity and commitment to the environment!

At the 10th anniversary celebration, the Ski Slope was inaugurated by Malaysian Olympic Alpine Skier, Aruwin Salehhuddin who showcased her skills on the man-made ski slope.

As for Malaysia’s very own Dead Sea Pool, it was named after the famous Salt Lake in Jordan, since it was, after all, inspired by the original Dead Sea itself.

The Dead Sea was named as such because of its extreme salinity – which is the saltiness or the amount of salt dissolved in the water – that makes it impossible for macroscopic aquatic animals like fish or water plants to survive there. But this does not mean that it is dangerous for people!

The Dead Sea’s high salt levels mean that people can easily float on its surface due to its natural buoyancy.

Much like Jordan’s Salt Lake or the Dead Sea, the Dead Sea Pool in ESCAPE Penang is made of a pool that contains high salinity in its body of water. And this allows visitors to float naturally in the pool. Imagine being able to splash into the water and not sink, simply float – how amazing is that?

The two new attractions in ESCAPE Penang are entirely unique and game-changing, symbolizing yet another milestone in the park’s continuous achievements.

ESCAPE Penang is keeping it real with their trademark of “low tech, high fun” in their attractions.

Now with their two latest additions of the Ski Slope and Dead Sea Pool, aren’t we all here for it and the excitement it brings? Well, I for sure am!