From having a red bump on your eye to being poor, our Malaysian ancestors sure do know how to creatively scare us. 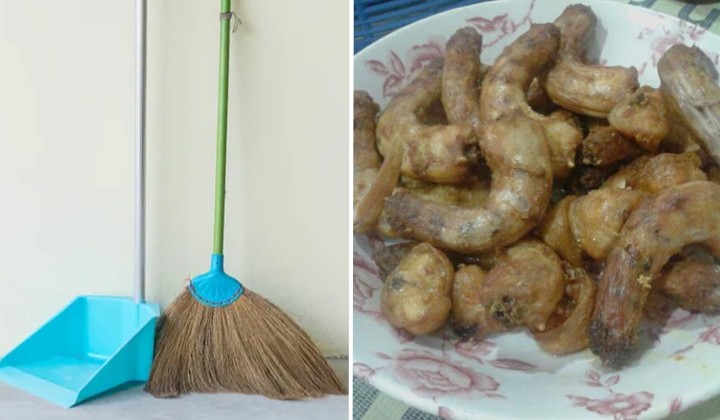 Malaysians have a lot of Old Wives’ Tale or ‘Kata Orang Tua Tua’. It’s a belief of saying that’s passed down from generation to generation. Some of those beliefs are backdated and a bit exaggerated which is why we view them as superstitions, nowadays.

We already did a part 1 on Malaysian Superstitions which includes umbrellas in the house and snakes, lizards and their truth talking, red ink and deaths and many more.

Because we just have SO MANY superstitions, let’s continue with our list. Which one of these have you heard or still believe? 😌

1. Do not sit on the stairs (house steps), you’ll become a spinster

Basically, don’t block the pathway. People wanna walk on the stairs, not stumble upon you.

2. Don’t let a plate dry after eating, you’ll get poor

Right after you’ve finished eating, wash your dishes right away! Or else it’ll be hard to scrub off the food stains.

If you eat your rice on the dinner table, then move to the living room and then change to your bedroom, it’s a hassle to clean up all those places, meh.

4. Don’t sweep the floor at night, blessings might be swept away too

Back in the day, we don’t have electricity, so we can’t possibly see what we were sweeping at night. Nowadays, that’s no excuse to not clean your room. Plus hello, vacuum?

5. Don’t walk under the ladder, instead, walk around it

6. Straight away shower after attending a funeral, or the ghost from the grave will follow you home

You’ve been out and about outdoors, you should clean yourselves up when you reach home.

7. Don’t let the end of a broom touch your feet when you sweep, it’s bad luck

If it does touch your feet, you would have to spit on it to avoid the back luck.

Well, logically, isn’t it rude to sweep other people’s feet away? Are you implying that they’re trash? If so, proceed to do so.

8. Don’t answer or turn around when you smell frangipanis or jasmine, OR hear ‘someone’ whispers your name at night

You gotta get ready to run a marathon if you see any ‘spirits’ behind you.

9. Don’t go out during dusk, the booby ghost will catch you

For Muslims, dusk is when we do our Magrib prayers, hence, little kids should stop playing with their friends outside and go pray! We’ve always been told stories of this scary booby ghost, particularly during dusk.

READ MORE: 10 Malaysian Ghosts That Are Scarier Than The Western Ones

10. Don’t sleep with your feet aimed towards the door, it’s bad luck

It’s bad feng shui maa. It resembles the coffin position where the head and feet are carried away from one’s house through the door.

Similarly, Muslims can’t sleep with their feet towards the qiblah (position to pray) too.

Instead, sleep in a perpendicular position to the door or qiblah.

Hence, a plethora of nicknames emerged. For snakes, their popular nicknames are Cik U (Ular) and ‘the belt’. For rats, it’s the popular Cik Ti (Tikus).

12. If you have a red bump (stye) on your eyes, you’ve seen perverted things

People back then have wooden houses with cracks or small openings, especially for bathrooms. Basically, it’s a saying to don’t spy on others when they’re showering.

Books have meaningful knowledge in them. Don’t be rude!

14. If you suddenly choke on your food or sneeze all of a sudden, someone is badmouthing you

We think we have a lot of enemies by now.

There are no scientific findings on this. In fact, there are benefits to eating them, even.

Your parents probably want the heads for themselves.

16. Don’t eat the chicken neck or your neck will be tilted on your wedding day

Again, these things are so addictive, your parents probably just want them for themselves.

17. Don’t lie down on your stomach and put your legs up, your parents will die

Don’t be rude and lift your legs up in front of others.

Bathrooms in the olden days are outside. It’s not ideal to take a bath during the cold and dark nighttime. Now you can laa. It’s not an excuse to not shower!

Again, don’t be rude to other people. You might think your whistling is nice to hear but others might not agree.

20. Don’t say your (or someone else’s) full name in a forest, or else, the hantu will kidnap you

Old habits die hard. We’ve been growing up hearing those sayings because our parents told us. And they, in turn, have been told so by their parents, and so on. It’s so ingrained in our heads that we just follow them without asking much.

But did you ever stop to think, wait why? Is it really true? Is there a logical explanation for all these? Well, it’s been a debatable question since the beginning of time. It’s actually up to our own logical and critical thinking. Is it too preposterous or just the right amount for us to hold on to it?

READ MORE: It’s Time To ‘KungFu’ Your Way Out Of Bad Luck!