God of War Ragnarök is launching on 9 November, and so is its streetwear. 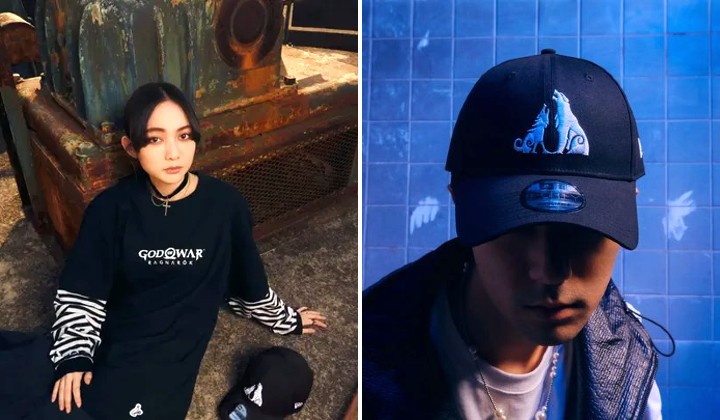 The latest God of War game, God of War Ragnarök, is one of the year’s most highly anticipated games, and will be launching shortly on 9 November.

Ahead of the launch, Playstation has announced the game’s collaboration with two streetwear fashion labels: #FR2 and New Era.

FR2 will feature a limited-edition t-shirt that has the God of War Ragnarök logo in front and key concept art at the back showing Kratos and Atreus battling Freya. Designed with Kratos’ Leviathan Axe and #FR2’s iconic logo, the t-shirt also has the key quote from Kratos taken from the Story Trailer: “Fate only binds you if you let it”.

This shirt will be sold online via Asian premium streetwear retailer Popcorn Supply.

New Era has come up with two new God of War Ragnarök designs for their iconic 9FORTY duckbill caps.

The first design shows off a Bear and Wolf logo which symbolizes Kratos and Atreus, wandering the Nine Realms in search of answers as Asgardian forces prepare for a prophesied battle that will end the world.

The other design features a Kratos and Atreus caricature designed by Santa Monica Studio’s Lead Character Concept Artist, Dela Longfish, who has also drawn for other Playstation titles such as Concrete Genie, Ghost of Tsushima, Ratchet & Clank: Rift Apart and Horizon Forbidden West.

All God of War Ragnarök streetwear items will be available on 9 November in conjunction with the game’s launch.

Although there are no physical retail stores in Malaysia, Malaysian fans can book their preorder online at the Popcorn Store or New Era store.