Rosaline is a movie about how Rosaline, Romeo’s previous lover before he met Juliet, tries to get him back. 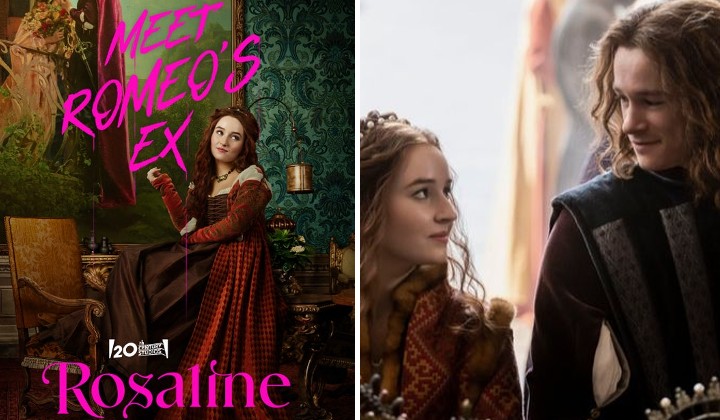 Everyone knows the classic Shakespeare tale of Romeo and Juliet, right?

How the two Italian star-crossed lovers died vainly in each other’s arms due to their family’s feud. Their love was so eternal, that you thought they were each other’s first love, didn’t you?

But did you know that Romeo, oh dear Romeo had an ex-girlfriend named Rosaline? Bet some of you didn’t know that part. Romeo is a player, guys! See? You can’t trust boys with smooth or poetic pickup lines since the olden days! Kidding.

A little background on Rosaline

She was just an additional character that accidentally lead Romeo to Juliet. Romeo actually had a crush on Rosaline, who is assumed to be Juliet’s cousin.

When the Capulets, which is Rosaline and Juliet’s family, hosted a masked party, Romeo, who is from the Montague family, sneaked in for a glimpse of his crush Rosaline, whom he had never met or spoken to.

However, instead of meeting her, he met the love of his life there, named Juliet – and instantly forgets all about Rosaline. That poor girl.

She deserves her own movie

Although she was just a minor character in the original play, screenwriters Scott Neustadter & Michael H. Weber thought that Rosaline deserves to have her own tale told.

They were inspired by Rebecca Serle’s modern retelling of Romeo & Juliet set from Rosaline’s point of view in her 2013 novel. So they wanted to bring it to the screens with the Verona 14th-century setting and some little twists.

The movie is about how Romeo (Kyle Allen) first fell in love with Rosaline (Kaitlyn Dever). Rosaline was also smitten by him and asked him to go to her family’s masquerade ball, so they can dance and be in each other’s arms in public, without anyone realising it was them (their families – the Capulets & Montagues – were sworn enemies).

But something else happened at the ball and Romeo accidentally met the love of his life, Juliet (Isabela Merced) and proceeded to pursue her. Flustered that her cousin managed to attract Romeo’s attention, Rosaline tries her best to win her boyfriend back, even if it means teaching her younger cousin to ‘live a little’.

There’s so much more to Rosaline’s determined strategy to break off the couple’s love in this movie, you’ll find yourself attracted to the backstory of their family feud, the meaning of sisterhood, and some new characters along the way.

As someone who loves Disney movies and romantic comedies, I really enjoyed this movie. It’s funny, dramatic and easily relatable since they just use our 21st-century language and personalities.

Rosaline isn’t a period drama, it is a modern movie merely borrowing elements of the fictionalized story of Romeo & Juliet.

I absolutely loved Paris and Steve the Courier‘s character. Ultimately the personalities of these characters wouldn’t even exist back then but I loved how they incorporated them into this film to add elements of humour.

Another part that I loved about this film is Rosaline’s laid-back and humorous attitude. She’s headstrong, a feminist and her remarks on everything are so entertaining to watch.

I also love how Romeo and Juliet behaved at the end. It’s something worth pondering when it comes to teen love (is it really worth it Romeo, to die for a 13-year-old? You’re just 16!). There’s definitely a twist in the end that you need to watch.

The film will debut on Disney+ under the Star banner starting October 14.

Watch the trailer here to catch a glimpse of Rosaline and her ‘wicked’ plans.