During the launch of four of their illustrated books, Hikayat Fandom featured four cultural performances from Makyung to Wayang Kulit. 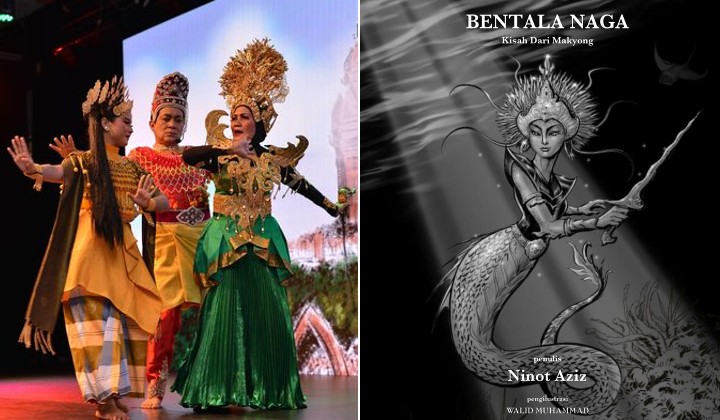 Did you know that Malaysia has ancient manuscripts that date back to 500 years ago? That’s quite a long time ago, around the 5th century – after the emergence of the Kedah Tua civilization.

READ MORE: Did You Know That The Oldest Civilization In Southeast Asia Is In Sungai Batu, Kedah?

If you don’t already know, Malaysia is massively rich in culture and heritage. Forget western fairytales, we have tons of Malaysian fairytales of our own.

READ MORE: Did You Know Malaysia Has A Lot of Fairytale Princesses And Legends As Well? [Part 2]

Within the ancient manuscripts lies tons of creative works by our ancient societies which include hikayat (story) and legends. Unfortunately, some of these legends didn’t really get the limelight properly before. If continued, these legends can fade away, leaving our new generation oblivious.

An event to showcase the Hikayat & legends

In an effort to nurture a capable new generation with crucial skills and knowledge, the Hikayat Fandom: Art, Books & Cultural Showcase – hosted by bzBee Consult, and supported by Yayasan Hasanah – aims to promote the folklore, legends and stories that have shaped the psyche and intrinsic values of our people.

They also seek to re-visualize Malaysia’s ancient world and immerse the youth in the wonders that are our Malay legends.

The highlight of the showcase was the debut of Ninot Aziz’s four illustrated novels. Ninot Aziz is an award-winning author and a master of Malay stories and folklore, heritage as well as history. These novels also featured amazing graphic works done by talented artists and illustrators – Ariyana Ahmad, Dani Warguide, and Walid Muhammad.

Following the launch event held on 24 September at Malaysian Tourism Centre (MaTiC), four graphic novels (as part of a 10-book series) were published officially by the Hikayat Fandom.

These books were part of the Siri Hikayat Fandom (book series) by Ninot Aziz, which was created as a bridge to reconnect the current generation with Malay folklore and heritage by reviving our folklore with a modern and fresh take.

Cultural performances liven up the showcase

The book launch of Hikayat Fandom was simultaneously a demonstration of how folklore, legends and stories can serve as a basis to harmoniously unite the arts industry across all its main forms: visual arts, performing arts, music, and literature.

Malaysia is rich with ancient traditional stories and its Hikayat act as timeless vessels of our historic cultural ideologies and values – serving as a potential key to understanding and re-visualising our ancient world.

However now, due to the rarity of Malay folklore being portrayed in current media and the fast emergence of social media and pop culture – the public’s interest in exploring Hikayat, legends, and stories has diminished greatly.

This places the survival of our Hikayat, a core component of our national identity, heritage and culture, in a state of great peril.

Following the launch, an exhibition of the body of work created by Ninot Aziz and the three major illustrators is open to the public currently. The details are as below:

The Art Of Hikayat Fandom (Exhibition)

READ MORE: Malaysia’s Traditional Dances Were Once Really Controversial, Some Were Even Banned

Sitting Too Long Is Not Good For Your Health

Did You Know Malaysia Has A Lot of Fairytale Princesses And Legends As Well? [Part 2]