Earworms are fragments of songs or jingles that goes in a loop inside your head. 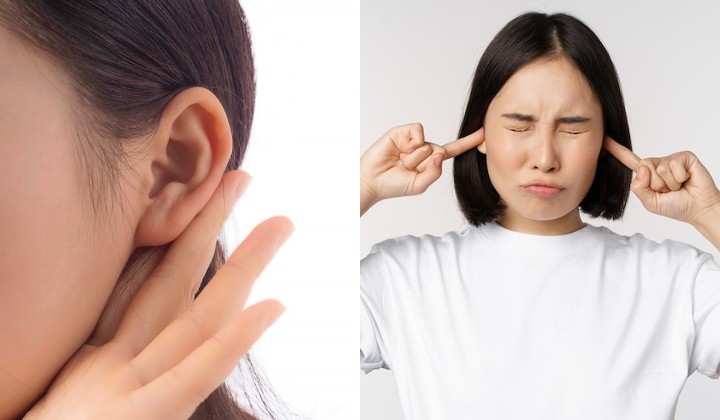 If you have been hearing this song in your head, non-stop, then yes. That’s an earworm.

An earworm is a part of a song or a jingle that plays in your head over and over again in an endless loop – randomly – and sometimes to the point of irritation.

No, it’s not a literal worm crawling in your ears, it’s just a phrase the Germans – Ohrwurm – created to describe the experience of a song stuck in the brain.

From Spongebob Squarepants’ theme song to the “I’m Lovin It” jingle of McDonald’s, any catchy tune can be an earworm. You just have to listen to it long enough and repeatedly. And if you dance to it too, well, get ready to get that sound entombed in your head.

Musicians and advertising brands strive to create earworms as that is a measure of how popular and successful their tunes are.

Professor Kellaris – who has been studying this phenomenon for a long time – in his 2001 study, describes earworms as a cognitive itch. He noted a few characteristics of the itch which are repetitiveness (pop song’s chorus), simplicity (children’s songs or ads) and incongruity (unexpected rhymic variation).

Ways to get rid of them

If the songs are repeatedly going in your head and annoying the crap out of you and your friends, you might want to stop singing them out loud.

Here are several ways to stop the annoying tunes living rent-free in your head.

Listen to the whole song

Earworms are usually small fragments of a song or jingle that repeats over and over again – usually the chorus or the refrain.

It’s the part of the song that we can only remember because we can’t seem to figure out the next lyrics. This act makes the phrase stuck in our heads because of the Zeigarnik Effect.

The Zeigarnik Effect is a psychological phenomenon that makes us remember interrupted or incomplete tasks/thoughts/memories more easily than the completed one. Unfinished thoughts are more likely to return, said Dr Ira Hyman, a musical psychologist at Western Washington University.

So to combat this, you can listen to the full invasive song repeatedly to fill in the fragments that are missing and MOVE ON.

Another study finds out that a person is less likely to develop an earworm if they chew gum after listening to the catchy song repeatedly. Those having the song stuck in their heads can also try to chew gum to get rid of it.

According to C. Phillip Beaman – an associate professor at the University of Reading, “There is evidence that vigorous chewing both interferes with memory for speech and makes imagining tunes, specifically pitch and melody, more difficult and less vivid”.

So, try chewing some gum when you suddenly burst out a Taylor Swift song in the middle of a phone call.

Listen to another favoured tune

To get rid of the unwanted tune, try listening to a ‘cure‘ tune. Research suggests that some subjects used ‘competing’ songs to control their earworms.

The cure tunes suppressed the earworms without becoming one themselves (in a rare case, it did become another earworm but subjects preferred the cure tune better than the previous earworm).

“If you fill it up with something else that occupies the same circuitry, there’s not enough left to make the earworm,” said music psychologist Victoria Williamson of the Univerity of Sheffield.

Other than a song, you could also try other verbal or musical distractions such as chanting a mantra, reciting a poem or playing an instrument.

Distract yourself by doing other activities

Try distracting yourself with other activities to drive the earworms out.

You can do anagrams, sudoku or read a good novel, suggests Dr Ira Hyman. “If you are cognitively engaged, it limits the ability of intrusive songs to enter your head.”

You can also try to focus on a specific mental task like going through your schedule for the week. But if the task is too simple or too hard, the song can come back to haunt you. It has to be just the right amount.

If we’re doing something automatically (voluntarily) without really thinking much like driving and walking, there’s plenty of space in our heads to keep the tune playing. Similarly, if we’re trying something too hard, our brain will not be engaged successfully and the music can come back.

Try to ignore & leave it alone

Most of the time, people don’t really mind earworms. They usually go away after some time.

A study also suggests that only a small percentage of earworms interfered with people’s daily activities, and another research also links earworms with the feeling of well-being. They even occur more with our favourite songs, rather than our disliked ones.

So, whenever you’re having an earworm you particularly like, just enjoy it while it lasts.

Thanks to a very pleasant Indonesian song that went viral on Twitter recently (Rehan), Public Health Malaysia also prepared an infographic for Malaysians who wish to forget the annoying amazing song by suggesting ways to stop an earworm.

Earworms are really common and in most cases, are neutral. They do not pose a dangerous threat and can even increase your creativity.

But sometimes, it’s the tunes with the disliked lyrics that we just cannot tolerate. That’s what makes it more annoying.

So what are your current earworms? Jodi’s Glimpse Of Us? Or Indionesian’s TikTok’s Sikok Bagi Duo?