The Richard Hennessy is literally history in the making, featuring eaux de vie that has aged for hundreds of years. 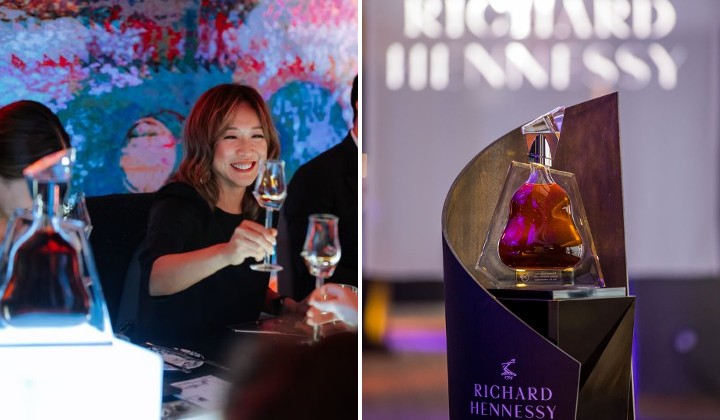 Richard Hennessy, founder of the well-beloved Maison Hennessy brand, lives on in the most exclusive cognac named in his honour.

The legendary Maison dates all the way back to 1765, right on the quays of the Charente River in Cognac, France. Just like champagne, cognac must originate from this particular region to be called Cognac.

In the same way, the Richard Hennessy is a legendary piece of history, encapsulating generations of fine artistry and passion from Maison Hennessy.

A Taste of History

Richard was an Irishman who fought in the army for the French King Louis XV. He was awarded land in Cognac, and built Maison Hennessy with his own hands. He was joined by gifted artisans who supported his legendary vision in creating outstanding, uncompromising cognacs.

The Fillioux families of Master Blenders, whose tastes are unfailing and hold themselves to the strictest qualities, joined the Hennessy in 1806– and remained closely entwined ever since, producing the finest cognacs even until today.

The founding principles of Richard: to select only eaux de vie (water of life, double-distilled from the best grapes) that has an outstanding aging potential, and to pass on the secrets of his trade through the generations, would ultimately become the basis of an enduring legacy.

Hence, the Richard Hennessy was created in his honour, using a stunning blend of finely aged eaux de vie to create a luxurious, rich, and potent cognac, yet spicy and aromatic on the tongue.

You can taste the decades of history in its assertive scent, as it uses some of the oldest eaux de vie in the world, some even hundreds of years old. The complex blend is unapologetically intense, yet confidently controlled.

It truly evokes the hardships and adventurous spirit that Richard himself went through, as a soldier into a visionary entrepreneur.

Much like the masterpiece drink itself, the absolutely clear Baccarat crystal decanter that houses the Richard Hennessy is breathtaking.

The vessel in which a cognac is stored and decanted is equally as important as its smell and taste. For an extremely limited blend that has been made to be a living tribute to the Architect of Eternity, the vessel had to be even more extraordinary.

This visually striking decanter boasts bold architectural lines while still being light and aesthetically brilliant, taking inspiration from the powerful emblem of Richard Hennessy. The stunning decanter itself is a collector’s piece in its own right, its unique design representing the past, present, and future intertwined.

Renowned architect Daniel Libeskind immersed himself in Hennessy’s rich history and legacy in order to craft the visionary decanter, using sharp edges, diagonal slices, and jagged edges to fuse with the classic rounded curves of the iconic Hennessy decanter in tribute to the Architect of Eternity.

Only 12 barrels of the Richard Hennessy are produced a year, making this extremely limited blend of cognac a luxury even money can’t buy.