From tasting like blue cheese to having a shy personality, here are some fun facts about your ‘beloved’ cockroaches. 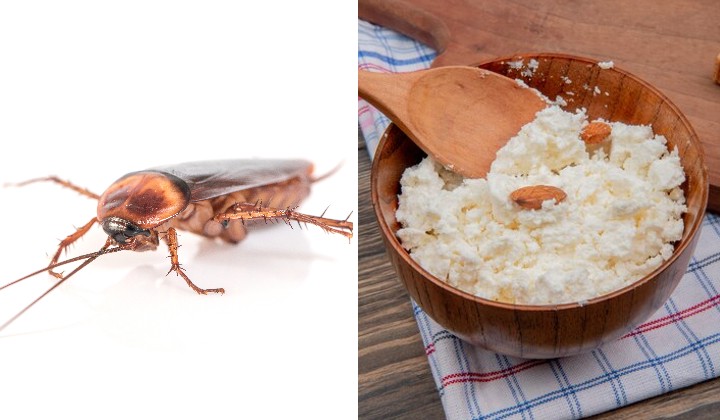 Cockroaches are one of the world’s most hated pests and for a good reason. Not only are they unhygienic but they’re incredibly fast and annoying creatures.

READ MORE: [Watch] This Woman Casually Grabbed A Cockroach With Her Bare Hands And We’re Screaming

Malaysians have a contemporary ‘saying’ for cockroaches that goes like this.

“If the cockroach walks, then it’s still a cockroach. If it flies, that’s called a pig”.

No matter how much we hate them, we should still understand them, nevertheless.

Here are some fun facts about these ‘lovable’ critters that you might not know.

1. They can live for a week without their heads

According to a physiologist and biochemist, Joseph Kunkel, the head can wiggle its antennae for hours after decapitation and the body can still function for simple tasks like standing and moving around.

This is because cockroaches don’t need their heads to breathe, they have small holes called spiracles in their body segments and have an open circulatory system.

When we say they won’t die, we meant THEY DON’T DIE even if there’s a meteor strike.

They evolved millions of years ago and even survived the great meteoric catastrophe that made the superior dinosaur species go extinct.

Their bodies are flat to aid them to hide and squeeze themselves into tighter spaces. Maybe this helped them to survive the apocalypse once upon a time.

Funnily, they walked alongside dinosaurs, and yet, no species to date seems to like them.

You may not be the only ones who like to partay. They have their social lives too you know.

A study done by researchers found out that American cockroaches (which can also be found in Malaysia) prefer alcohol-infused baits rather than water-infused baits due to their high sugar content.

They don’t consume it to get drunk or high, they just want some of that high sugar rush.

Maybe you could try and do an experiment with the cockroaches in your home, in case you’re bored. It could be a fun family experiment.

Scientists have found out that cockroaches have personalities like being bold, shy, social or aggressive.

So you have the adventurous ones that dart to you and you have the introvert ones that scurry away when you detect them. Maybe they just wanted to get close to you to be friendly?

Who knows, maybe you could engage a small talk with the extrovert one.

“How’s the weather down there Joe?”
“Yea yea, it’s been rainin quite a lot now ain’t it?”

5. They can survive underwater

Do you think you can drown them instantly? Think again.

Because of their open circulatory system, cockroaches can stop their breath and slow their metabolism. This keeps them alive without oxygen for many hours.

They can hold their breaths in water for up to 40 minutes or even longer till 2-3 hours.

You might wanna get a bit more creative in killing them.

6. They can be trained

Although they can’t fetch you your beer but at least they can salivate on demand!

Not really sure how that would benefit us human beings but scientists from Japan found out that cockroaches can be trained for a specific experiment that proved them to have a good memory and learning capability.

Similar tests were done on dogs before and it appears that cockroaches can do it too.

FYI, those cockroach farming – it’s a legit thing – uses a different type of cockroach (clean ones). They don’t fry the ones found in your bathrooms or garbage disposals. That should be extremely illegal.

Malcolm Moore, a journalist from the Telegraph describes the taste of cockroaches like this –

“The cockroach, whose innards resemble cottage cheese, has an earthy taste, with a slight twinge of ammonia.”

Is anyone up for a cockroach sandwich? Uhm-mmm. Crunchy…

Now that you’ve learnt a bit about your mortal enemy, maybe it’s time to appreciate them a little. Or not?

Here is some other interesting info about pests in your house that you might not know the names of.

READ MORE: What Are Those Bugs In Your House? 4 Pests You Need To Know

[Watch] Too Many Cockroaches At Home? Here Are 3 Ingredients You Can Use To Make Cockroach Traps