Long before we were called Malaysia, we were given several names by foreign ancient civilizations. 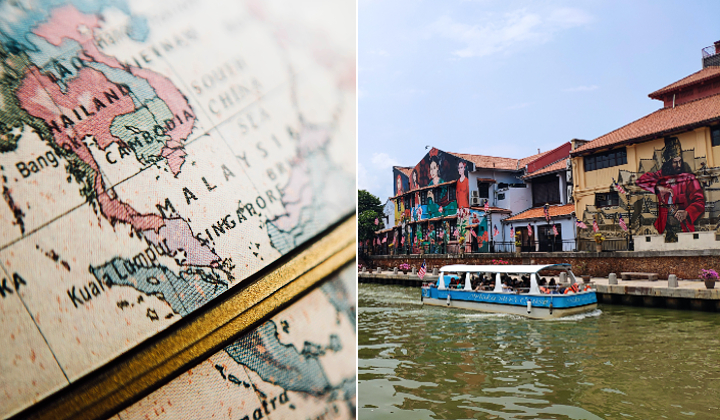 Tanah Melayu is a combination of Malay words that literally translates to “the land of the Malays”. The phrase can be found in a number of Malay literature, the earliest of which is from the 17th century. It is frequently mentioned in Hikayat Hang Tuah, a well-known classic story about the fabled Malacca Sultanate heroes.

But how many of you know that long before we were called Tanah Melayu, Malaya Union and Federation of Malaya, we were given several names by ancient civilizations that were the earliest predecessors to the name ‘Malaysia’?

Prior to the establishment of Malacca, the Malay Peninsula is mentioned in numerous foreign ancient and medieval texts.

Here are 5 of these ancient civilizations and the names they had for us:

In the early 16th century, Tomé Pires, a Portuguese apothecary who stayed in Malacca from 1512 to 1515 used the term Terra de Tana Malaio to reference the southeast region of Sumatra where the ousted Sultan of Malacca, Mahmud Shah, formed his exiled government.

Fun fact: Tomé Pires wrote in his book Suma Oriental that durian is “the best fruit in the world without doubt”. He repeated that three times.

In the 17th century, Malacca-born Portuguese historian Emanuel Godinho de Erédia used the name Malaios to refer to the region surrounded by the Andaman Sea in the north and the Straits of Malacca in the center.

According to various Indian academics, the Malay Peninsula was referred to as Malayadvipa, a “mountain-insular continent” in the ancient Indian literature Vayu Purana and Ramayana.

A Malay Peninsula kingdom with “a strong mountain for its rampart” was called Malaiur in an inscription on the south wall of the Brihadisvara Temple, an 11th-century Hindu temple in Tamil Nadu.

However, he named a geographical region of the Golden Chersonese as Maleu-kolon, a term believed to be derived from the Sanskrit words malayakolam or malaikurram.

In the 7th century, a classical Southeast Asian kingdom was known as Ma-La-Yu from the accounts of I Ching, a Tang dynasty Buddhist monk who was a famed traveller and translator.

There are several records of terms used for the Malay Peninsula during the Yuan and Ming dynasties. Among the terms used were Bok-la-yu, Mok-la-yu, Ma-li-yu-er, Oo-lai-yu and Wu-lai-yu.

In the early 13th century, a Chinese chronicle from the Yuan dynasty mentioned the name Ma-li-yu-er for a nation in the Malay Peninsula that was threatened by the Sukhothai Kingdom’s expansion.

This nation of Ma-li-yu-er that appeared in the Chinese chronicle was possibly a similar nation that was mentioned by the famous Venetian traveler Marco Polo who lived during the same period.

In his travelogue, The Travels of Marco Polo, he made a reference to a kingdom named Malauir in the Malay Peninsula.

So, which of these names have you heard of before? We wonder if there were more names for Malaysia that’s yet to be discovered!