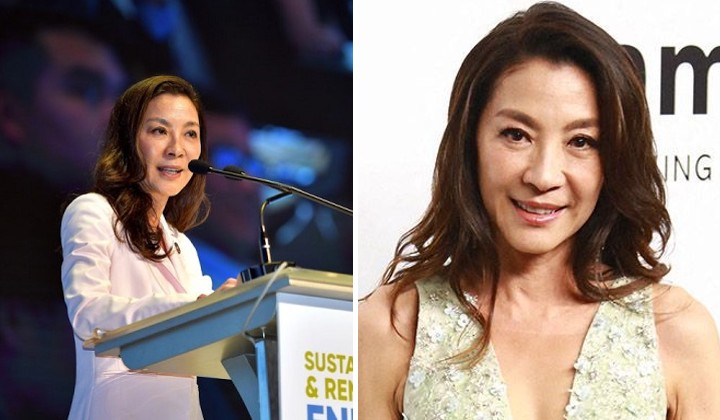 Michelle Yeoh is set to accept a Doctorate of Fine Arts degree honoris causa for contributions of distinction to the art of the moving image by the American Film Institute (AFI).

She will be recognized during the AFI’s Conservatory’s commencement ceremony celebrating the Class of 2022 this Saturday, 13 August 2022, at the TCL Chinese Theatre in Hollywood.

In addition to that, she will also be the first Asian artist to receive the honour, an achievement we Malaysians are truly proud of for her.

This year, she’ll be accepting the honorary title along with AFI Trustee Emeritus Lawrence Herbert, for his commitment to the mission of the American Film Institute.

Michelle Yeoh and Lawrence Herbert have inspired the world with their remarkable talents.

Though both of these trailblazers have proven impact in vastly different ways, it is their shared dedication to the art of the moving image that provides this proud moment for AFI to shine a proper light upon their gifts given us.

A movie star since the ’90s

Yeoh has appeared in more than 70 features and television seriers, including Crouching Tiger, Hidden Dragon, Tomorrow Never Dies, Memoirs Of A Geisha, Crazy Rich Asians, Shang-Chi & The Legend Of The Ten Rings and many more.

Her recent performance as the main star of the critically acclaimed and mind bending film Everything Everywhere All At Once is hitting the $100 Million milestone, the first movie for the A24 studio.

She recently celebrated her 60th birthday on 6 August, and she’ll surely has another cause to celebrate again when she is awarded the honorary title this 13 August.