Despite negativity and discouragement, these Malaysians continued doing what they love. 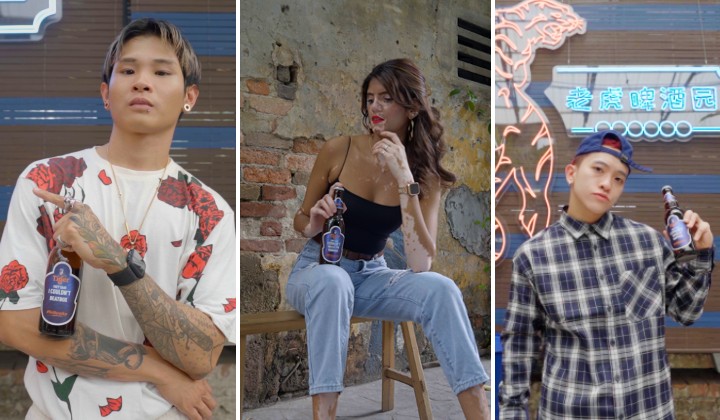 Everyone faces criticism from most people in their lives, whether it’s family or friends or complete strangers. Asian culture asks us to fit in, to put our heads down and work humbly, to not rock the boat or stand out too much. But why is that such a bad thing?

Why shouldn’t we ignore the haters and do what we believe in? To be known for breaking the mould and defying the odds and expectations?

To stand out, you have to step out of your familiar comfort zone and try something new. That’s what these people did.

Only shooting stars break the mould

Shawn Lee knew that he loved music and beats since he was young. He wanted to chase this love, but his parents didn’t want to buy him a drum kit. So, he turned to “drumming”– with his mouth.

The self-taught beatboxer was fascinated by the way beatboxers could make wild sounds and rhythms with only their mouth. Despite being told that his voice wasn’t suitable for the bassy notes of beatboxing, Shawn trained hard anyway.

He ended up defying the odds and became a professional beatboxer, winning awards both locally and internationally.

For Sonya, fashion was her calling. As a child, she has wanted to be a model, but that dream was dashed when she found out she had vitiligo, a skin condition that causes pale patches on the body from a lack of melanin.

She was bullied and teased for her skin being different in school, losing her self-esteem in the process. But as she grew older, Sonya learned to love herself for the way she was. And so why should she give up her dream of modelling just because of this?

Today, she can walk the runway with pride, confident both in herself and her talents.

Legosam may seem soft-spoken and petite, but the dancer is anything but soft.

Resisting the stereotype that boys shouldn’t dance, Legosam has trained in breakdancing since he was a young teen. Despite discouragement from even his family, he continued to do what he loved, dancing his way to gold medals and international competitions.

Dance is his dream, and he never gave up the determination to make it happen.

This applies even for companies, like TRP. As a small media company, no one thought we would be where we are today.

When we first restarted TRP in 2019, no one expected us to make a splash. Yet we did. And when the pandemic hit, the company poured their heart and soul into producing quality, relevant content for Malaysians.

They said TRP was just another small media company that would fizzle out in a year or two… yet here we are.

But we exceed expectations: from the naysayers who dismissed our work to the ones who are continuously surprised, TRP breaks the mould and does things differently, and we couldn’t have done it without our readers and sponsors who believe in us.

The thing is, once moulds are broken, it becomes the new comfort zone.

In 1932, Tiger Beer broke the mould by brewing beer in Asia. It was widely believed that it couldn’t be done, because at that time all beer was brewed in Europe. They said that it wasn’t possible to brew beer in Asia, as the climate was wrong for it.

Tiger Beer changed that, was the first to brew beer in Asia, and until today remains the most recognizable Asian beer brand.

Now, no one will ever say it’s impossible.

You can do it too

If talented young people can do it, and even companies can do it, you can certainly do it.

Perhaps like Sonya, you’ve already broken your mould. Perhaps like Legosam, you’re still in the middle of the process.

Regardless, Tiger Beer wants you to celebrate your wins! Share your story on your own customised bottle here.

Tiger Beer advocates responsible consumption and we urge you to #DrinkResponsibly. Do not drink and drive. For non-Muslims aged 21 and above only.