Even if you’re not particularly fond of the format, these films are worth checking out if you’re a horror fan — or if you’re simply in the mood to get spooked! 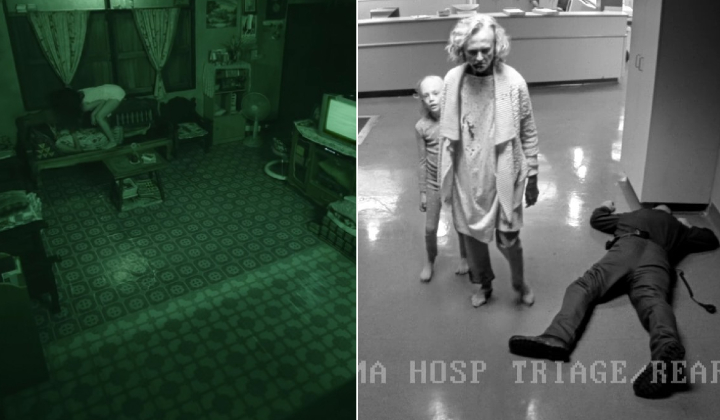 Even if you’re a horror film enthusiast, found footage horror is somewhat of a divisive subgenre – which is fair, since most of them rely on cheap gimmicks that help mask low budgets and bad effects. But for some, it’s regarded as a more realistic and engrossing form of filmmaking, if done well.

Found footage horror franchises such as Paranormal Activity and The Blair Witch Project have helped mainstream the format, but a few notable films get overlooked by the success of popular titles or the failure of bad ones.

Here’s a look at 5 documentary-style horror flicks to check out:

Thailand’s official entry for Best International Feature Film at the Oscars, The Medium chronicles the harrowing experiences of a Thai medium family, where gods and demons co-exist in the most unnerving manner possible.

Nim, a resourceful female medium, strives to remove an evil entity that has been tormenting her niece. It’s a highly patient mystery-solving process that may have overstayed its welcome a bit in the first half. But once the business end of the story kicks in, this simmering urban horror builds by itself.

Posing to be a collection of footage gathered by a documentary team and also found footage from their cameras, the film shows extreme paranormal events while maintaining the mockumentary style with frequent intertitles explaining the situation. Despite its share of clichés, the film’s rooted premise of Thai demonology coupled with top-notch performances from its Thai cast truly ensures that The Medium can easily get under your skin.

The Taking of Deborah Logan involves a documentary crew studying Deborah, the former owner of a telephone operating service, who is in the early stages of Alzheimer’s.

Although reluctant to expose herself to a group of strangers, she is encouraged to participate by her daughter, Sarah, who hopes to keep their family home with the money made from the production. As Deborah begins to exhibit signs of the disease, certain behaviours suggest that something supernatural might be at play.

It is Jill Larson’s performance as Deborah that makes the film worth watching. In one scene, she seems like the sweet old lady next door. A few moments later, she’s a demon from your worst nightmares. Deborah’s deteriorating mental state, which has weighed heavily on Sarah, creates a shared mania that almost makes the increasingly abnormal events seem within reason. It isn’t until the third act, when the physical manifestation of the supernatural is revealed, that audiences are given undeniable evidence of possession.

The Visit follows two kids, Becca, a budding auteur, and her younger brother, Tyler, a serious germaphobe and an aspiring rapper, as they’re off to visit their grandparents whom they’ve never met.

Despite its predictable premise and not-so-scary plot, The Visit’s strength lies in almost completely giving in to found footage clichés. Nana’s increasingly unsettling nocturnal rages and Pop Pop constantly dressing up for a costume party that never materializes hooks audiences long enough to get to the end of the film.

M. Night Shyamalan is no stranger to lovers of cinema, and although The Visit may not be one of his best-known films, it’s a decent entry to the found footage subgenre. Littered with poor rapping skills exhibited by the younger brother in the film (which annoyed the hell out of me, but might be a welcome comic relief for some), The Visit is best described as startling, rather than terrifying. If you actually enjoy found footage films, then The Visit is worth a watch.

If you’re familiar with the Divine Comedy and Dante’s journey through the 9 circles of hell, you’ll enjoy As Above, So Below. Although the film draws from various mythologies, it’s Dante’s Inferno and its complex rendering of hell that most closely mirrors protagonist Scarlett Marlowe’s journey, making for an unconventional faux documentary that offers impressively layered world-building.

The film follows Scarlett’s quest to find the philosopher’s stone. She assembles a team of explorers as they venture into the French catacombs and they uncover the dark secret that lies beneath the city of lights. This film has garnered a cult following over the years with audiences debating whether or not it’s based on Dante’s Inferno or Hermeticism, as the film’s title directly references its fundamental principle. If you enjoy deep-diving into easter eggs once you finish a movie, As Above, So Below will offer you a lot to go over.

Over the years, this Japanese horror film has become a classic for found footage lovers — not only because of its unconventional way of storytelling, but because it successfully manages to blur the lines between fiction and reality.

The film follows an independent journalist, Kobayashi, as he investigates a series of seemingly unrelated paranormal events connected by the legend of an ancient demon called the “Kagutaba”.

Noroi is presented more like a conventional documentary meant to entertain and inform a mass audience, so it feels more like a real film rather than some random old home movie. The film’s commitment to posing as a real documentary can be jarring if you’re not prepared for it. As with any seasoned researcher, Kobayashi closely analyses several disturbing clips throughout the film. This, along with other in-your-face scenes in the film leaves the audience questioning if the legendary demon is real or not.

So even if you’re not particularly fond of the format, these found footage films are worth checking out if you’re a horror fan — or if you’re simply in the mood to get spooked!

Netflix’s Horror Trilogy Fear Street Delivers, Just Not The Way I Hoped It Would