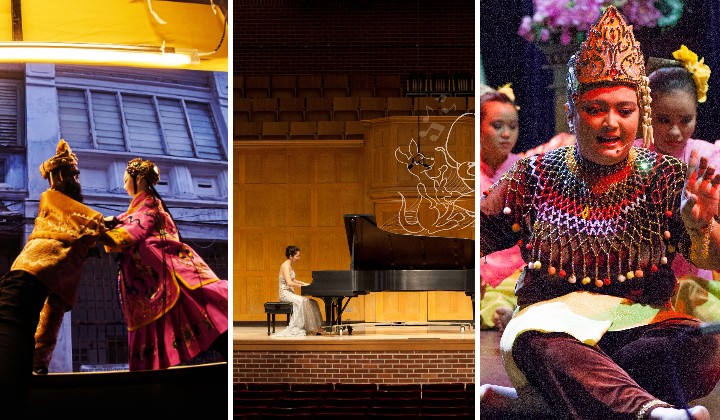 So, what’s in store for July? Feeling like you’re going to be bored next month? Don’t worry, Penang has a lot to offer you!

Head on over to Georgetown, Penang and experience the 16-day fest called George Town Festival while you’re at it!

This year marks the 13th year this fest is held, which initially started in 2010 in honour of the city’s designation as a UNESCO World Heritage site. The main aim behind this fest is to make art accessible to everyone, regardless of age, ethnicity or background. Arts from creative talents are showcased in multiple venues across Georgetown and beyond, from indoor performing spaces to hidden spots and unique settings.

The George Town Festival’s continuous efforts to promote the arts are one of the
reasons Penang has made significant strides in the global arts scene;

CNN Travel dubbed GTF as ‘Best of Penang rolled up in one big festival’ while The New York Times reviewed it as a ‘festival growing into a major Asian arts event’.

From 9 to 24 July, there will be a plethora of programmes being held in multiple places across Goerge Town and beyond.

Around 70% of the festival’s programmes are free to attend while a few are ticketed. Here are some of the programmes for you to check out.

READ MORE: Malaysia’s Traditional Dances Were Once Really Controversial, Some Were Even Banned

These are just some of the activities. There are tons more!

For more information on the types, dates, times, and venues of these programmes, check out their website or Facebook.

Tickets for these programmes are available now here. Ticketed performances are approximately 30% to 50% less expensive than comparable titles elsewhere, so you get to witness exclusive artistic shows at affordable rates. Book your tickets now for a FUNtastic art experience in July!

For you travellers, while you’re in Penang, drop by some durian places, especially in Balik Pulau, where some of the most sought-after durians in the country are grown.

Georgetown itself is a fantastic place to visit, full of attractions, so don’t worry, we guarantee your weekend won’t be bored if you visit Penang for the George Town Fest. Additionally, here are a few articles for you to browse while in Penang.

READ MORE: Get Your Spook On In Penang With These Eerie Dark Tourism Spots