Children are often expected to grow taller, but these factors can impede their growth. 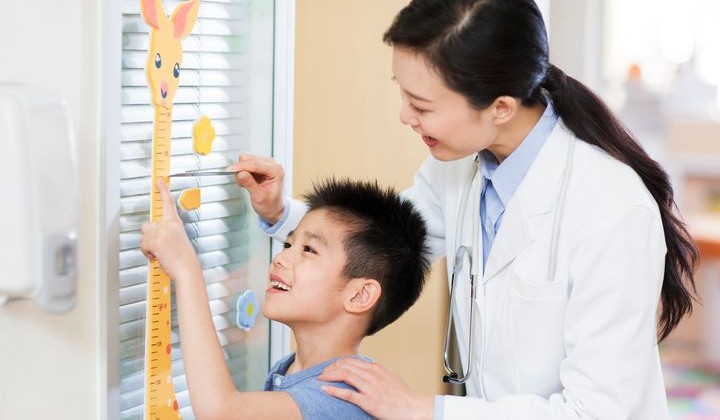 No parent wants to suspect their child of having a medical condition or health disorder, but catching a condition early could mean the difference between optimum treatment and outcome, and not being able to do anything effective to help the child.

This is especially so when it comes to short stature or stunting.

According to the 2019 National Health and Morbidity Survey, over one in five (21.8%) Malaysian children below the age of five years is considered stunted, making this a fairly common condition.

As height is a measurement that varies naturally within a population, it may be difficult for parents to tell whether their child is naturally short or is not actually growing well.

In view of this, there are three things parents can keep in mind when considering their child’s growth.

First is the child’s expected height based on their sex and age.

This can be measured against standardised growth charts, which come in the form of percentiles or standard deviations.

If your child’s height falls below the third percentile for age or is more than two standard deviations below the norm on the appropriate growth chart, then they can be considered short.

Such growth charts are available online from reputable organisations like the World Health Organisation (WHO) and the US Centres for Disease Control and Prevention (CDC), as well as from your child’s paediatrician and in your child’s school report once they start attending primary school.

The second factor is the child’s genetic height potential.

How tall your child can grow is dependent on the associated genes he or she inherits from both you and your partner.

Therefore, if you and your partner are both naturally short, it shouldn’t be a surprise if your child is also short.

However, if both of you are tall and your child is short, then it might be a sign that something is preventing your child from achieving his or her full height potential.

Third is the child’s growth velocity, i.e. how fast is he or she growing?

If your child is growing at a normal rate, then starts to slow down, it is definitely a cause for concern.

This can be observed by tracking their growth on the appropriate sex- and age-based growth charts.

Your child’s growth should be fairly steady, i.e. more or less on the same percentile or standard deviation, throughout their childhood and adolescent years.

Growth faltering to a lower percentile is a sign of slowing down in growth rate and should be investigated.

Causes and types of short stature

There are many potential causes of short stature, but they can generally be grouped into three categories.

The first – and most common – is normal variant short stature.

Those within this category are generally short by nature.

It could be due to either their genetic potential, i.e. their parents are naturally short, or some unknown reason, i.e. idiopathic. Children in this group are usually otherwise healthy – just shorter than the norm.

Those who are “late bloomers” or “late developers” also fall within this normal variant short stature. Known medically as having a constitutional delay in growth and puberty, such children typically grow steadily, but slowly (usually below the third percentile, according to the growth charts). They achieve puberty much later than their peers,  however, they will continue to grow even after their peers have completed their growth, hence will catch up in height with their peers.

The second category comprises intrinsic or primary short stature, i.e. being born with the cause of your short stature.

A common reason for this is syndromic disorders, which are typically a result of genetic or chromosomal abnormalities. In such cases, short stature is usually one out of a number of symptoms resulting from the main disorder.

Examples of such disorders include Turner syndrome, Down syndrome, Prader-Willi syndrome, Noonan syndrome and achondroplasia, among others.

An intrauterine infection – where the mother catches an infection during pregnancy that also affects the foetus – can also cause the baby to be small. Such infections can usually be recognized and diagnosed at birth, allowing the baby to receive appropriate treatment.

Also in this category are babies who are considered small for their gestational age.

This can be due to factors concerning the mother (e.g. having chronic conditions like high blood pressure, chronic kidney disease), the baby (e.g. being a twin or having a birth defect) or the placenta (e.g. decreased blood flow to the placenta, placenta previa or placenta abruption).

While most children in this group tend to catch up in growth after birth, about 15% don’t and will remain small throughout their lives if not diagnosed and treated early enough.

There are multiple causes within this category, but one of the most common in Malaysia is that of nutritional deficiency including protein calorie malnutrition, iron and vitamin D deficiency.

Vitamin D deficiency is common among children as many children tend to spend most of their time indoors nowadays, resulting in a lack of exposure to sunlight.

The sun’s ultraviolet B (UVB) ray is a critical component in the production of vitamin D in our body. Vitamin D is, in turn, vital for the absorption of calcium to build and maintain our bones. In vitamin D deficiency, the bones are soft and bowed especially in the weight-bearing lower limbs resulting in short stature.

Other secondary causes of short stature include systemic disorders like gut problems, heart disease or a weak immune system, as well as hormone deficiencies, like growth hormone deficiency.

It is important that parents bring their child to see the appropriate specialist – a paediatric endocrinologist, or at least, a general paediatrician – if they have any doubts in their mind about their child’s growth.

Do not be complacent and hope your child  will catch up in height later.  Delaying diagnosis shortens the window period for remedy as the bones continue to mature with time.  Once fully mature, nothing more can be done to help them to grow any taller.  Besides this,  if your child has an underlying medical condition that is hindering his/her growth, delaying diagnosis and treatment may lead to prolongation of a poor quality life and emergence of complications.

Hence, if you notice that your child does not seem to be growing as he/she should be, seek help from a paediatric endocrinologist.  Do not delay. You may make a significant difference to your child’s future.

The Pandemic’s Impact On Children Is More Serious Than You Think, Here’s Why

Study: Have an older brother? Then you talk dumb (and why elder sisters are the best)