Vape is meant for smoking cessation and not drug use. 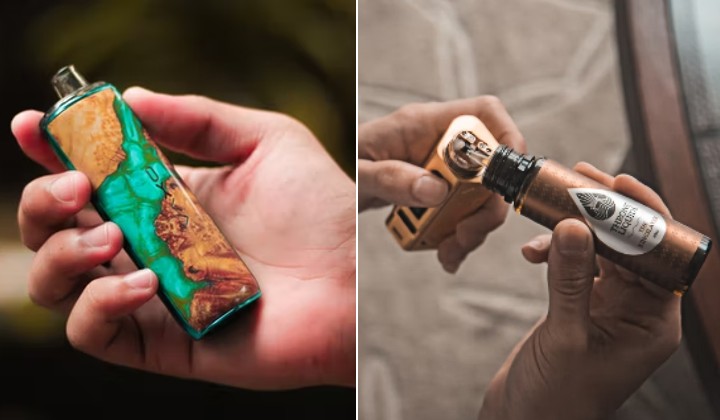 Vapes and other Electronic Nicotine Delivery Systems (ENDS) are widely accepted as a less harmful alternative to traditional tobacco products like cigarettes.

They are also considered a means to an end for hardcore smokers to deal with their addiction and eventually quit lighting up for good.

These products use what’s known as “e-liquid” containing nicotine, flavouring and other substances that are believed to be less harmful as it doesn’t produce smoke like smoking cigarettes.

But these products can be misused by people who are looking to get a different kind of fix.

Malaysian law enforcement and anti-narcotics agencies have uncovered multiple incidents where illegal street drugs like CBD (cannabidiol) and THC (tetrahydrocannabinol) are being pushed and consumed in e-liquid form.

These drug-containing e-liquids are said to be priced between RM100 to upwards of RM300 a bottle, and can even be bought and sold openly on online platforms.

The police and the National Anti-Drugs Agency (NADA) are keeping a close watch on vaping, especially among youths, to curb such cases from becoming a serious problem in Malaysia.

Do not equate vaping with drug use

He explained that it’s completely unfair to affiliate vaping with illegal drug use as the product’s original purpose is to help smokers move away from their bad habits.

It’s been scientifically proven again and again that vaping is 95% less harmful than smoking by none other than PHE (Public Health England). Vapers are a group of people who want to quit smoking and are opting for a healthier lifestyle

Samsul lamented that although there are cases of vaping e-liquids being mixed with drugs, he stressed that those who do so are drug users and should not be equated as vapers.

He considers the use of banned substances and drugs with vaping as an isolated case and does not represent Malaysia’s vaping community as a whole. He also suspects that drug users are choosing to vape drug-containing e-liquids simply to avoid being detected.

They are using drugs with vape devices so when they walk around in public and no one knows what they’re doing.

Samsul further elaborated that there is a serious danger when it comes to consuming illegal drugs via vaping.

Of course using illegal drugs is already wrong, but on top of that, the intake method of vaping drugs can cause serious health repercussions and even death.

Regulation is a win-win for all

Samsul stressed that regulations and enforcement on vaping products is the best way to prevent misuse and assure the health and safety of consumers.

We do not encourage and disagree that non-smokers should be vaping and are fully against underaged children vaping, let alone people who misuse it with drugs.

He explained that having proper laws and regulations would not only benefit consumers but society as a whole.

We want the products that are in the market to be tested, approved and safe for use and only regulation can ensure that. That is a win for consumers. As Malaysia’s vape market is among the largest in the world, the government can also enjoy the tax collection from these products, making it beneficial for the economy. So everyone wins.

Providing a framework on how vaping regulation can work here in Malaysia, Samsul said that the government must play a major role in;

He noted that Malaysia’s vape industry and products are already recognised and sought after by consumers globally, and among the challenges that we have here is the enforcement of regulations once it comes in place.