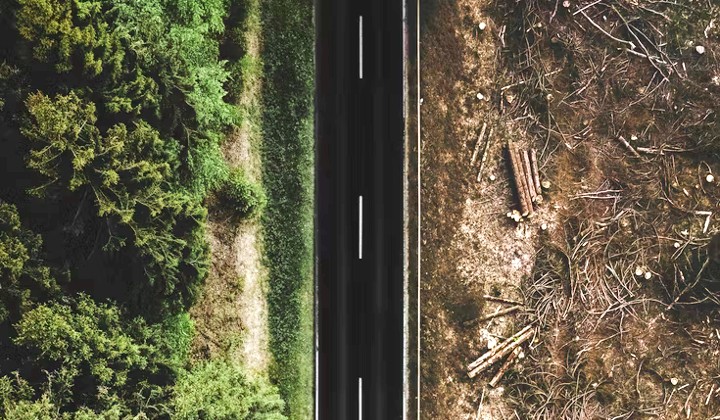 Between the lush rainforests and an everlasting summer — Malaysia is quite literally a Garden of Eden that’s rich in biodiversity.

By estimates, we have over 15,000 different species of plants and more than 152,806 varieties of animals making a habitat of our bountiful corner of the world.

But sadly, this megadiverse macrocosm of ours is under threat.

Between 2000 and 2012, Malaysia reportedly became the country with the highest rate of forest loss globally: where we lost around 47,278 square kilometres of our native tropical rainforests.

That’s an area the size of Denmark!

Findings from the 2021 Rimba Disclosure Project (RDP) environmental report also concluded that Malaysia is on the path to losing at least another 72,584.73 hectares of forests, in the Peninsular alone, to deforestation and development in the near future.

That’s about three times the size of Kuala Lumpur and almost as big as Singapore!

Meanwhile, more than 1,000 species of plants that make up our rainforests like the giant “Dipterocarpus” trees and animals like the Orangutans that make the treetops their home are already threatened with extinction.

If this continues, we can say bye-bye to the world as we know it, and hello to the impending climate crisis!

Read More: 9 M’sian Cities Will Be Underwater By 2050 Due To Rising Sea Levels

“To be pretty bleak, we are going through a mass extinction where we are losing so many species globally, similar to when we lost the dinosaurs,” exclaimed local ecologist Dzaeman Dzulkifli, director of TRCRC (Tropical Rainforest Conservation and Research Centre).

Dzaeman is the executive director behind Project BENIH—a project that aims to preserve and regrow Malaysia’s rare and critically endangered native tree species by germinating its seedlings, before reintroducing them back into our rainforests.

“There’s a growing need to restore and rebuild our biodiversity in Malaysia,” explained Dzaeman, who together with a team of conservationists, are working to repopulate our rainforests with more tree species such as the mighty “Cengal”, “Meranti”, “Keruing” and “Seraya” trees.

Together with Maxis, Project BENIH is on a mission to streamline its reforestation efforts and get the entire country involved in making Malaysia green again!

They are the winners of the first-ever Maxis Awards.

Maxis Awards aims to accelerate Malaysian-based changemakers and support them in their efforts to bring positive change to our local communities through grants.

On top of their restoration efforts, Project BENIH is also actively working with Orang Asli communities in both Peninsular and East Malaysia to establish germination nurseries and accelerate what could potentially be a massive reforestation movement.

Fun Fact: The Orang Asli community here in Malaysia are often collectively referred to as guardians of the jungles and are known globally for their scientific contributions and conservation work.

By utilising Maxis’ suite of digital and ICT solutions, Project BENIH will be able to keep a close watch and support partners and conservationists in the field.

Project BENIH estimates that we only need 26% of Malaysia’s 33 million inhabitants to plant a single tree in order to restore our rainforests.

With Maxis, Project BENIH will soon allow the public to finance the project by “adopting” their very own trees and enabling them to be planted back in the wild.

This in turn will give everyone a chance to lend their green thumbs and together help restore our natural rainforest!

Head over to the Maxis Awards webpage or watch the video below to learn more about Project BENIH and their plans to reforest the country.