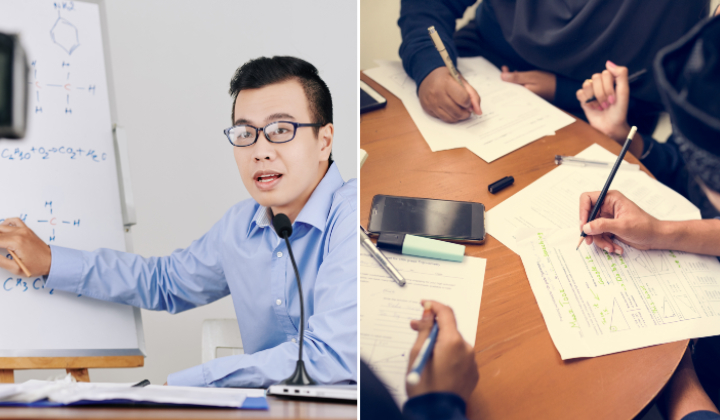 Creating achievable goals for students is a common endeavour for teachers, but how do you inspire excellence amongst students with special needs and those raised in rural communities lacking access to technological advancements?

For these amazing educators nominated for the RISE Educator Award, it is by creating a positive learning environment to help their students to learn in the style that fits them best and live experiences that will help them have a positive outlook in life.

Cikgu Hazeem is an extraordinary teacher that not only works hard but is tireless in his efforts to spark inspiration within and beyond his classroom to help his native students and special needs students in the rural community in Pahang.

Fellow peer and counselling teacher, Haspura Abu Hanipah, detailed in her nomination submission how Cikgu Hazeem helped students to experience joyful moments they never had the privilege of understanding.

Amongst the great deeds Cikgu Hazeem has done for his students include helping his autistic student hone his skills to be able to represent Malaysia in the international Global IT Challenge competition held in South Korea.

The student, who was said to be shy and often bullied by his peers because of his different abilities, is now conferred the Ikon Murid OKU in the Temerloh district.

Another instance of his inspirational deed can be seen in his efforts to help his student with Cerebral Palsy whose dream is to fly on an aeroplane.

Cikgu Hazeem went out of his way to fund his student’s tickets and expenses as he brought him to Langkawi, which then inspired him to produce a short film titled ‘Amer’.

What’s even more rewarding was that Cikgu Hazeem also brought his other students to join in on the adventure.

Nominated by Ahmad Shahmil Akhbar Ali, Cikgu Mi is often dubbed as the ‘epitome of hardwork’ for his efforts to make his class enjoyable and accessible – especially for his students with learning disabilities.

Cikgu Mi specialises in IT and helps students with conditions such as dyslexia, attention deficit hyperactivity disorder (ADHD), autism, slow learner and down syndrome to be proficient in using computer.

His efforts to help his students embrace technology has boosted them to familiarise themselves in a social world where the fourth industrial revolution will influence their future undertakings, which many have award him the title ‘an outstanding teacher’.

According to nominator, Shu Ping Hock, Teacher Liang is a kindergarten principal whose centre includes many special needs children.

In his submission post, Shu pens how the kindergarten is often labelled as a ‘special needs centre’ which affected the kindergarten’s enrolment. However, it did not bother Teacher Liang as she believes that it is her responsibility to help as many children as she can.

Her love and care for her students has given her the passion and determination to learn about children’s psychological development. She reads and takes up several courses to be able to inspire success for her young students and provide them the same accessibility and inclusivity as the rest of their peers.

Cikgu Saifulnizan, often described as a fierce character with a soft heart, has done many wonderful deeds for his students in the small town of Kota Jembal in Kota Bharu, Kelantan.

According to nominator Lutfi Lokman Look, Cikgu Saifulnizan sacrificed his time, energy and money to help raise the school’s reputation favourably in the national level.

He conceptualised the school’s digital classroom, which received an award for best use of virtual learning environment (VLE) in 2015 at the Kelantan state level for primary schools. Additionally in 2018, Cikgu Saifulnizan was named the most inspirational teacher for the 1Bestarinet Teacher Award for his contribution to the leadership of 21st Century Education.

A math whiz and tech enthusiast, Cikgu Saifulnizan’s students were also reported to be highly engaged in his classes due to his ‘hands-on’ approach to teaching and learning, often using tech innovations such as augmented reality for their lessons.

His actions in going above and beyond his teaching duties to create the school’s Digital Hub to produce creative students in digital innovation and robotics has allowed his students to present their project titled ‘Sustainable Development Goals’ in Rome, Italy in 2019 and Singapore in 2020.

According to nominator Tan Zi Yang, Mr Tan is always concerned about his rural students’ educational equality and equity.

In his submission, Zi Yang noted that the rural students from SJKC Cameron in Pahang have fewer academic resources, educational opportunities as well as poor technology and digital infrastructures compared to their metro-area peers.

In an era where digital transformations are influencing the way we work, learn and live our lives, Mr Tan understands that something needs to be done for his students to gain the same opportunities as their big city friends and colleagues to lead a rewarding career and meaningful life when they ‘step into the real world’.

So, he prepared academic websites and programs to cultivate the talents and performance of students, led students in various contests to develop their skills, and offered educational trips to broaden their horizons.

During the pandemic, he cooperated with non-profit organizations to provide financial aid and laptop for underprivileged students and improve the quality of schoolyards like the classroom, library, and laboratory to assure a comfortable, well-equipped, modern learning environment.

Read more inspirational stories on Taylor’s College website by visiting the website and vote for your favourite outstanding teacher today until 13 May.

An acronym for Remarkable Impact in Student Education, the RISE Educator Award aims to celebrate and honour exceptional educators who have made an outstanding contribution to not only their students’ education in the classroom, but also their social development especially during the pandemic.