The collection will officially be launched on 25 April, both in-store and online. 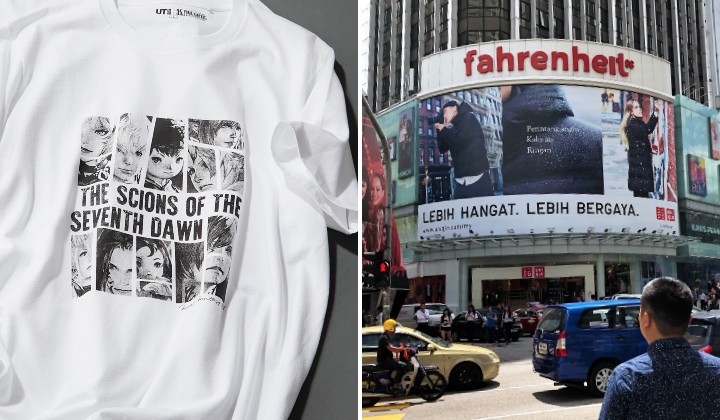 The Final Fantasy x UNIQLO was leaked last week for their global stores, but Malaysian fans have been quietly wondering: what about us?

Well, worry not: Uniqlo Malaysia has officially announced that yes, the Final Fantasy x UNIQLO collaboration will also be available in Malaysian stores!

Yes, that’s right. No matter which numbered Final Fantasy title is your favourite (and fans have very strong feelings about it, naturally), there’s a shirt for every game.

Each design features the key art from the games, whether it’s the pixel art designs, evocative battle scenes, or character features.

For fans, new and old

The collection starts all the way from Final Fantasy I, which kickstarted the video game series in 1987. Since then, the Japanese role-playing video game franchise has grown into an international cultural cornerstone.

How to get it

Very soon, you’ll be able to wear your favourite out and about, as the collection will launch next week.

However, fans in East Malaysia will have to wait a week longer for the collection to hit stores on 2 May instead, or they can head over to the Uniqlo website as well.

While there hasn’t been a price announced for the collection, Uniqlo’s prior UT collaborations have always been priced at RM79.90 per shirt, so it’s highly likely that yes, you will be able to get official Final Fantasy merchandise for under RM100.

You can find the UT design of your favourite Final Fantasy game here.

Rediscover The Local And The Familiar With Neighbourhood Living

What Does St. Patrick’s Day, Whiskey And A Clothing Brand Have In Common?