For the cast and the crew, it was an opportunity to bring something different to the Marvel Cinematic Universe. 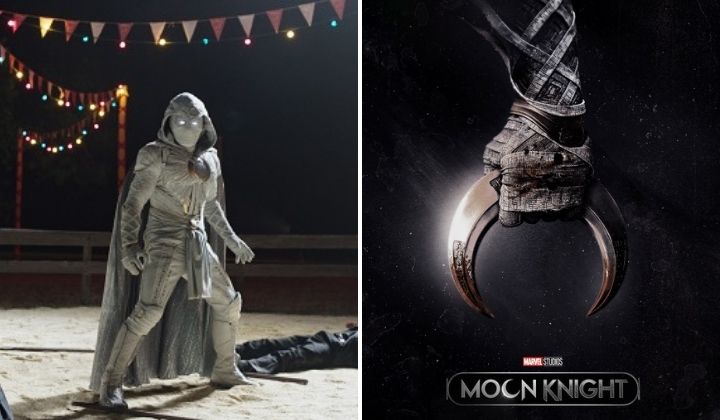 Marvel’s Moon Knight follows Steven Grant, a mild-mannered man who lives a mundane life but is plagued by blackouts and mysterious memories of a life that’s somehow separate from his own.

After a fateful night, he discovers that he has Dissociative Identity Disorder (DID) and shares a body with Marc Spector, who’s a former mercenary and currently the avatar of the Egyptian god of the moon and vengeance, Khonshu.

In anticipation of the show’s debut on 30 March 2022 on Disney Plus, here are some interesting things to know about Marvel’s Moon Knight.

It portrays Egypt in a different light

For director Mohamed Diab and many of the cast, filming Moon Knight was an opportunity to bring something different to the Marvel Cinematic Universe.

Diab, an Egyptian himself, shared that it was a chance to show the audience the true side of Egypt and portray Egyptians as normal human beings.

As an Egyptian, we always see us depicted or the Middle East depicted in a way that is – we call it orientalism, when you see us as exotic and dehumanized.  Just showing us as normal human beings through Layla’s character and seeing Egypt as Egypt because 90 percent of the time, Egypt is not Egypt. Imagine Paris and you’re seeing Big Ben in the background.

Oscar Isaac, who stars as the titular character Steven Grant and Marc Spector, was excited to play the two different characters and tell the story of their internal struggles with each other.

To ensure they were portraying mental health properly and respectfully, they brought in Dr Paul Puri, a board-certified psychiatrist, to consult on the aspects of DID and its implications.

I think it was just about being honest to what Dissociative Identity Disorder is, and honest to what a lot of people have to deal with, which is really intense childhood trauma and how that manifests as an adult. I think for us it was about authenticity, more than even story communication. You can really empathize with him (Steven). You feel what it must have felt like to have all these wild things happening to him, not knowing if he’s crazy or he’s actually discovered something.

In the original comic books, Moon Knight always knew he had mental health challenges and it was a key source of both his ambiguity and his strength. As a character, he never let his own mental illness define him and never let societies’ labels on a person define who they are to him.

Ethan Hawke, who plays Arthur Harrow, said it was a new challenge to play a villain against a mentally ill hero.

Well, the history of movies is paved with storytellers using mental illness as a building block for the villain.  I mean, there’s countless stories of mentally ill villains, and we have a mentally ill hero.  And that’s fascinating because we’ve now inverted the whole process.  And so now as the antagonist, I can’t be crazy because the hero’s crazy.  So I have to kind of find a sane lunatic or a sane malevolent force. And that was an interesting riddle for me to figure out how to be in dynamics with what Oscar was doing.

There were no specific stunt styles used

To make the stunts work for the story, stunt coordinator Olivier Schneider studied the screenplay, the comics and collaborated with the cast to form their own suitable fighting styles.

As such, Oscar Isaac had to rely on survival instincts when the character finds himself in a compromising position. This also added a touch of humour and goofiness to Steven Grant’s fighting style.

May Calamawy loved playing Layla El-Faouly, an archaeologist from Spector’s past, because she got to show the character’s strong and vulnerable side.

Her character was more of a street fighter than a skilled martial artist and to keep the authenticity, Calamawy rehearsed and did most of the stunts herself. It was also during practices and rehearsals that she discovered who Layla was as a person.

I had too much fun with the stunts. It was just so much fun to come in every day, and I really felt like I found out a lot about who Layla was with that fire and dedication that she has. When I just threw myself into it and nailed something, it was a really cool realization.

May Calamawy, who plays archaelogist and adventurer Layla El-Faouly.

It has the least amount of reshoots

Diab revealed that this Marvel production had the least amount of reshoots which is a rarity in big-budget projects.

Hawke explained that the cast and crew were able to get it right the first time around because they were constantly rehearsing together.

On the weekend while we were shooting, we would all sit around the table and have a Sunday brunch and we would all just talk about the episode.”

They would discuss things like how to make the scenes better and more interesting.

The discussion brought the collective imagination together and it helped to keep the story seamless although they were directed by different directors for each episode.

You can watch all the magic happen in Marvel’s Moon Knight on 30 March 2022 on Disney Plus.