Antarctica was about 4.8°C warmer and the Arctic about 3.3°C warmer compared to a baseline temperature between 1979 to 2000. 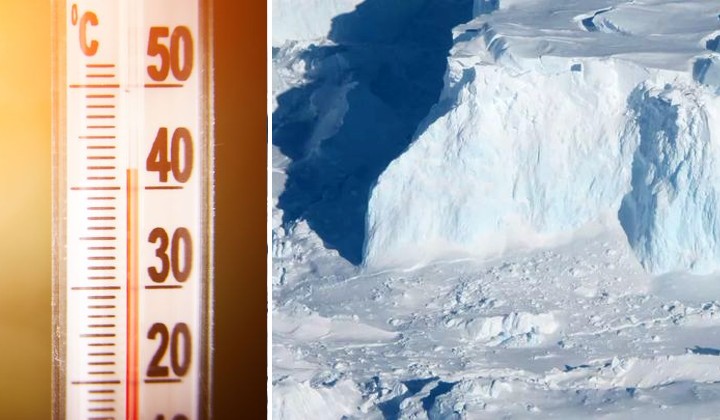 Malaysians have been lamenting the oppressive heat that has descended upon us in recent days, but even the coldest areas on Earth are no longer as chill as they used to be.

READ MORE: What Does The Equinox Have To Do With The SUPER Hot Weather Lately?

Both the North and South Pole experienced a surge in temperature over the week, with the largest difference being a whole 40°C higher than normal.

The shocking temperature of -11.8°C was taken at Concordia station, high on the Antarctic Plateau. The average daily temperature there is -51.7°C.

Other stations on the South Pole such as Vostok station also reached a record high of -17.7°C, beating its previous record by a whole 15°C.

Stations in the Arctic also recorded high temperatures of over 30°C more than usual, with the heat affecting countries such as Norway and Greenland as well.

Distressingly, Antarctica was about 4.8°C warmer and the Arctic about 3.3°C warmer compared to a baseline temperature between 1979 to 2000.

The main reason for this rise in temperature is the hot air that is being carried towards the North and South pole by strong winds.

Both of these weather events are related to the poleward transport of heat and moisture, similar to atmospheric rivers. For a climate change perspective on them in the Arctic, I highly recommend this article discussing recent trends https://t.co/HLilN6qr8U

As it is, both the Arctic and Antartic have experienced longer, warmer, and more frequent periods Arctic winter warming events.

Because while yes, Arctic winter warming events are a normal and regular part of the Arctic weather patterns, these events are happening much more frequently and last much longer. This particular ‘heatwave’ is quite extraordinary, yet it’s possibly only the tip of the proverbial iceberg.

The end result of this phenomenon is that it impedes ice growth and expansion during the Arctic’s winter months, which accelerates global warming in the Arctic.

Not only that, existing icebergs we have now may be broken down by the warming air. Shrinking glaciers and sea ice have been observed for a couple of decades now, with the whole thing being dubbed the Big Thaw.

Should we be worried?

If the North and South poles continue to warm, the world must prepare for unprecedented crises.

With the rising of the sea level, coastlines of countries will change drastically and extreme weather such as flood and drought will be much more common.

Certain coastlines have already seen the damage, with costal towns and cities being submerged by rapidly rising water.

READ MORE: 9 M’sian Cities Will Be Underwater By 2050 Due To Rising Sea Levels

What can we do?

The problem always seems too large for the average Malaysian to fix, but all it takes is consolidated effort.

The biggest way to try to turn the situation around is to drastically reduce our carbon footprint: from consuming less imported goods to switching your appliances to more energy-efficient alternatives to growing your own indoor garden.

However, the biggest change should come from those who have the power to make the biggest difference: our governments.

When our governments are able to prioritize sustainability and reversing the effects of climate change on a large-scale, only then can we see true improvement and change.