The Honda RA271 was the team’s first-ever car to compete in F1. 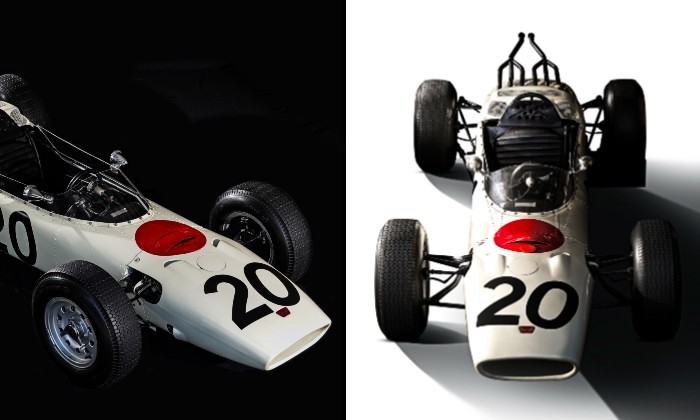 “It doesn’t matter. Everyone’s a beginner, at first,” are the words that the Honda Racing Team lived by since 1962 when they flagged off their five-decade-long legacy in the high-octane sport of Formula One.

Fueled by the passion for all things that go “vroom”, they crafted the dreamy “Honda RA271” – a beautiful V12, 1.5-litre speed demon that was painted in the team’s signature “Championship White” paint scheme and ornamented by the symbol of the red rising sun.

To this day, this legendary machine still remains an old favourite in the F1 scene and the only model of the car ever produced.

Since 2018, the EDIFICE x Honda Racing team have released six exclusive timepieces that pay tribute to the spirit of racing.

Combining the high-tech capabilities of both the Casio Computer Co. Ltd. and Honda Racing, each chronograph was inspired by milestones in the racing team’s journey in becoming champions in motorsports.

Every single iteration of the watch has its own unique motif to go along with Honda’s advancements and victories on the track – whether on four wheels or two.

The first timepiece that came up from the collaboration, the EQS-800HR, highlighted the cutting edge technology that goes into EDIFICE wristwatches and Honda Racing machines with its use of carbon fibre materials.

The second watch, the EQB-1000HR, continues on this tradition with a model that utilised the same titanium aluminide composites found in Honda’s powerful engines.

The third ECB-10HR and fourth EFS-560HR designs were made in conjunction with the EDIFICE line’s 20th anniversary and are detailed in Honda Racing’s signature red and black as well as made to emulate the racing circuit.

Meanwhile, the fifth release of the EQS-930HR was made in honour of the RC162 – a racebike rode by Kunimitsu Takahashi across the finish line when he became the first Japanese rider ever to win the world motorcycle championship in 1961.

This latest timepiece uses the exact same Championship White paint that originally coated the legendary race car on the dial ring of the watch, and the unique chequered flag pattern featured on the glass gives a nod to the racing team’s decades worth of wins.

The ECB-S100HR-1A Honda Racing Championship White Edition features an energy-saving Tough Solar powered system that can convert fluorescent light into power, much like how Honda’s modern hybrid-electric engines are able to operate at optimum performance.

The solar power system can store enough energy to keep the ECB-S100HR-1A ticking for about seven months when fully charged and also comes with a power-saving function that can keep it running further up to 18 months.

The ECB-S100HR-1A also has a countdown indicator that mirrors the race car’s speedometer, encased behind scratch-resistant sapphire crystal glass, and a comfortable genuine leather band to take you back to the nostalgic 60s’ racing grid with its two-toned white outer side and a red underside colour scheme, and engravings of the official Honda Racing logo on the strap itself as well as the watch’s metal loop.

Plus, the ECB-S100HR-1A state-of-the-art Bluetooth and Smartphone Link functionality allow for precision worldwide timekeeping, real-time data transfer, and lets you locate your phone with just a push of a button on the watch itself, in case you lose it on the racetrack.

Completing the package is an interchangeable black nylon band that wearers can swap to fit the occasion just like you would with race car tires for that ultimate motorsports feel.

The wristwatch is available for purchase at G-Factory and G-SHOCK Stores as well as authorised Marco retailers nationwide which you can find here.

Alternatively, you can also purchase the watch via Casio’s official online store on Lazada, here.

Just be sure that the timepiece you’re getting is authentic by examining the Marco Warranty Card included with every purchase.

Enjoy a 12-month e-Warranty plus an extended 12 months Macro Warranty upon registration.

Registration of e-Warranty must be made within 14 days of purchase.

Live up to your racing dreams today!