‘Li Chun’ is also known as the first day of Spring according to the traditional Chinese calendar. 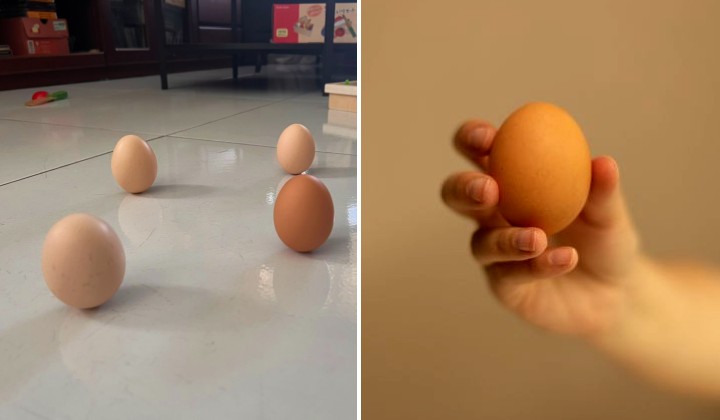 Your social media feeds may be filling up with pictures of friends and family standing their eggs proudly in conjunction with li chun, also knows as the “start of spring”.

Li chun follows the traditional Chinese calendar, which divided a year into 24 solar terms. In the Gregorian calendar, li chun would fall on 3 or 4 February and signal the beginning of Spring (not to be confused with the Spring Equinox which means the same thing for the Northern Hemisphere!).

On this day, families will try to set eggs upright on any flat surface. It is said that doing so will bring good luck.

But what’s that got to do with upright eggs?

There’s a folklore saying that eggs can only but stood upright on this day, due to the specific alignment of the Earth and the Sun on the first day of spring. It is said that the gravitational and electromagnetic forces on this day makes it much easier for eggs to stand upright.

Some also say that the words for li chun (立春) is the same for stand or erect, zhan li (站立). Hence why it became a thing to erect eggs on their broad end.

Regardless of how it began, the tradition of standing eggs up began in China and have spread to diaspora communities since.

The thing is, it’s actually not that hard to stand eggs upright on any other day compared to li chun.

All it takes for and upright egg is slowly finding the center of mass while turning the egg so that there are three contact points to keep it upright.

If you are still unable to balance the egg, one ‘hack’ is to simply scatter a small amount of salt on the surface to increase the uneven surface area, thus creating more opportunities for a triangular contact point of balance.

In fact, the ‘folklore’ has been proven false since 1947, when Japanese physicist Ukichiro Nakaya ran experiments to prove that balancing an egg during this day and any other day in the year takes the same amount of effort without any perceived advantage.

Later on, it was also disproved in 1984 when astronomer Frank D. Ghigo of the University of Minnesota, USA, ran similar experiments and found the same results.

In fact, some countries don’t even practice erecting eggs on the same day: Taiwan does this on the fifth month of the lunar calendar during the Dragonboat festival, while Chinese communities in North America follow the Spring Equinox, which usually lands on 20 March.

So why do it anyway?

Like most traditions, it’s likely just something that’s done within the community that got stayed its people.

While there may be no real ‘scientific’ reason for erecting an egg, one thing is for sure: it’s a fun, quick activity to do with your family! And doesn’t that make it worth it, after all?