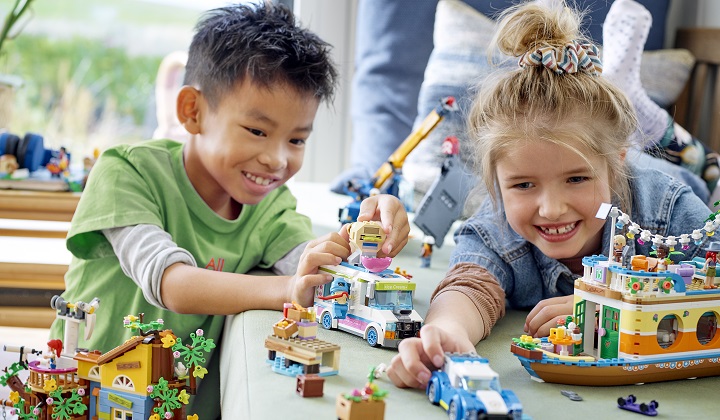 Launched in 2012, the LEGO Friends theme introduced a new type of character, the mini-doll, a figure designed to the same scale as the classic LEGO minifigure, but with more detail.

The theme was originally aimed to deliver a dollhouse-like experience by being more realistic, detailed, and diverse, combined with the elements of animal nurturing, friendship, interior building, and role play.

With our 2022 product line-up, we have the most diverse character line-up we have ever had – including lots of amazing new supporting characters.

The colour palette and tone of voice has also evolved to represent the modern world – with new exciting architecture and details.

They Never Gave Up The Idea

LEGO Friends is not LEGO Group’s first attempt at making a theme aimed at girls. They started with the Homemaker theme back in 1971, tried again with Belville in 1994, and rebooted the Scala theme in 1997.

But, LEGO Friends has been its most successful attempt yet.

Fancy Owning A Fender Stratocaster But You Don’t Play The Guitar?