Just like the CASIO G-Shock GM-2100 and G-Shock Women GM-S2100, some things are destined to be in pairs. 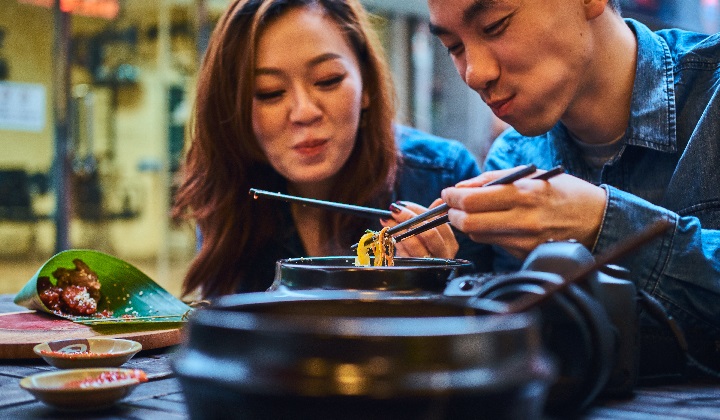 We often hear the phrase opposites attract and although it’s true for magnets, is it true with real relationships?

A couple could generally be categorised as similar, different, or opposite.

You’ve seen them, two of a kind that are so alike that they dress the same, a pair that is totally different from each other, or a duo that are such a contrast you can’t believe they are together.

For a relationship to work, there must be a balance. Similarities lead to more time together, differences lead to more opportunities to grow, and opposites complete each other.

Unlikely Couples & What Makes Them Great

Some of the most memorable duos on TV were the opposite of each other. Take Mulder and Scully from The X-files.

Despite their contrasting personalities; Scully, a no nonsense scientist and Mulder, a conspiracy nut who believes in aliens, they work so well together.

Scully would reign Mulder in if he goes too far with his theories, at the same time Mulder would open Scully’s eyes to the truth that reality is stranger than fiction.

It is the same case with Captain Kirk and Mr Spock from the original Star Trek series.

Kirk is a hot shot man of action, who became the captain of the USS Enterprise because he took chances and lead with his heart.

Mr Spock on the other hand, is a creature of pure logic and deduction, who thinks before he makes a move and is devoid of emotions.

Together they lead a spaceship full of explorers to boldly go where no man has gone before. Without killing each other in the process.

Each would go where the other would not only to discover their goals were the same.

With these duos, contrasting characters makes for great storytelling and drama. Each personality is the polar opposite of each other, like the two sides of a magnet, and like a magnet, they attract and complete each other.

Fashion is easy if you think about it in pairs. The key is to find the right harmony.

Pair a top and a bottom and you got your outfit. Pair the look with an accessory and you got the look. Pair that look with the right attitude and you’re gold.

Some things just go well together, even if each piece is unique and different.

A pair of comfortable shorts with a loose t-shirt can be a mismatch but an outfit perfect for lounging.

A casual outfit paired with a stylish watch, while they may clash, it gives an air of sophistication.

A serious formal look with a casual and friendly attitude is complementary and means you’ll get all the attention.

The thing to remember is, differences don’t automatically mean incompatibility.

While some pairs requires effort to fit and some pairs were perhaps the result of serendipity, the CASIO G-Shock GM-2100 and GM-S2100 on the other hand, were designed for each other.

They were made as the next bold evolution of the CASIO G-Shock GA-2100 and the new standard bearers of G-Shock.

Made with stainless steel enforced with glass fiber, the pair also continues the legacy of toughness which is the very foundation of CASIO G-Shock. They are both shock resistant and have 20-bar of water resistance (200m) despite the slim profile.

The dials are treated with vapor deposition for a meticulously detailed metallic look that suits a classic metal G-SHOCK timepiece.

Incremental variations in the detailed square dot texturing on the wristband gives the usually common urethane material a stylish edge.

The two also are also fitted with features fans of G-Shock have come to expect such as a world clock (48 cities), 1/100-second stopwatch, countdown timer, 5 daily alarms, and double LED light (Super Illuminator).

To make the GM-2100 and GM-S2100 an ideal pair, CASIO designed the two to complement each other. Perfect for couples who love to match and compliment each other’s outfits while still keeping to their unique characteristics.

They are also meant to go with any outfit and occasion, from formal dinners to casual outings.

The GM-S2100 has a mid-sized 40.0mm case forged in stainless steel with rounded hairline finish. It’s dial is adored with a sawn line finish accent at the 9 o’clock position and a simple band design that complements the metal case.

It comes in three bold colours that’s perfect for any look and any occasion.

But if you prefer something bigger there’s the GM-2100. It has a larger 44.4mm case, a textured urethane band, mirror and hairline finishes on the dial done with metallic vapor deposition, and an analogue complication that points to the day of the week.

Together, each series has a unique selection of IP colours that are distinct, full of character, and yet goes well together. They make a perfect gift for a partner or a couple.

From Rookies To Rockstars: Experience The Honda F1 Dream

What’s Retro? These Were The Coolest Things Back Then And We Love Seeing Them Again