Liesl-mae felt a sense of hopelessness during the lockdown and a challenge by Sony Music Entertainment helped her create a cathartic masterpiece. 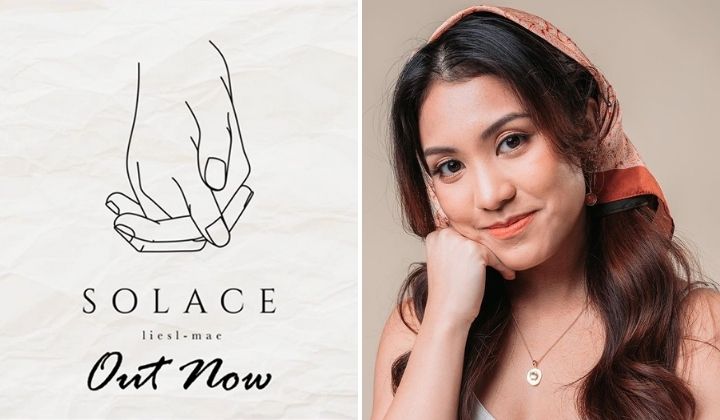 Malaysian singer-songwriter Liesl-mae (stylized as liesl-mae) has loved singing for as long as she could remember. Her affinity for music drew her to take up formal vocal lessons, make and share her videos online, and she even took up guitar lessons.

Her passion for songwriting came about when Youtube was getting popular around the same time. Some of the music artists she followed – who inspired Liesl-mae – also wrote their own music, and she thought it was a cool thing to try.

Her hard work and passion paid off when a clip of her performance at an open mic night in 2019 was spotted by Sony Music Entertainment online. She was signed to Sony’s new sub-label OFFMUTE as the label’s first Malaysian artist.

During the pandemic, Sony Music Entertainment started its Bring The Beat 2.0 initiative to help its artists fill the creative and collaborative void. The initiative doubled as a creative challenge for its artists to write, produce, and record a track from scratch from the comforts of their own homes.

Liesl-mae shared that it was difficult to write songs during the pandemic because she felt a sense of hopelessness and helplessness. She wasn’t getting a lot of inspiration and was feeling demotivated each day.

I was feeling like things weren’t going anywhere and there wasn’t much I could do to help the situation as well.

Liesl-mae said during the interview.

When Sony announced Bring The Beat 2.0, the submission deadline helped push her out of the gloomy state, and she got to work.

Fortunately, liesl-mae already had some guitar chords down, but she didn’t have the lyrics to go with it. With the deadline looming, she wrote about her feelings during the pandemic lockdown, which resulted in the new single entitled Solace.

The meaning behind the single ‘Solace’

Liesl-mae said her favourite line in the single is the chorus because it catches the gist of her helplessness during the lockdown.

It’s also just me reaching out to someone and say ‘Hey, let’s just be, let’s just sit here for a while together, away from everything that’s going on. Let’s just connect with each other and stay in silence for a bit before getting back to reality.’

Liesl-mae, about the favourite in her song.

Before releasing Solace, her previous works include Vincent (2018), a Don McLean cover; and Macaroni Song (2019), a Corey Kilgannon cover, which has amassed over 777,000 on Spotify.

Liesl-mae is still in the experimental phase of her music and is not tied down to one genre. Currently, she’s still exploring her own musical style and draws influence from the songs she listens.

In the future, she hopes to collaborate with British singer Dodie one day. Liesl-mae said Dodie’s lyrics are very poetic and written very well.

Her music touches me and I have been following her for a long time. I would love to collaborate with her.

In a message to her fans, liesl-mae is very thankful for their support and said it was exciting to break into the Malaysian music scene.

I hope with my music, people are able to relate and connect with me, and find calm, peace and solace. I just want to say thank you again and I really appreciate all the support.

RTK-Ag Self-Test Kits Or RT-PCR Test? Why One Is Better Than The Other