The popular book series has its own animated film and we’re excited! 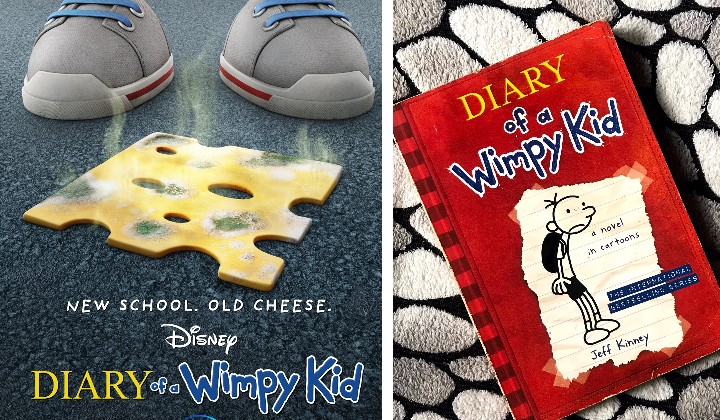 Remember Greg Heffley? The wimpy kid from the cartoonish books? Well, he’s not just going to be in the books anymore, you’ll be seeing his animated self on your screens too this 3rd December.

Diary Of A Wimpy Kid is based on the worldwide bestselling book series written by the author, Jeff Kinney. To date, the series has 16 books with a few spin-offs stories as well.

This animated film is based on Jeff Kinney’s first book of the series, which tells us a coming-of-age story of Greg Heffley. Greg documents his first few moments in middle school to us in form of a journal. Mind you, he’s going to be famous one day and this is his way of doing an autobiography, smart kid.

The famous story of our wimpy kid has already had four live-action remakes starting from 2010 till 2017. Three of the first live-action films featured Zachary Gordon as Greg Heffley while the fourth had all the original casts changed due to them outgrowing their roles.

Although we love the live-action remake of the books, however, Diary Of Wimpy Kid fans are more than excited to see the well-loved stick figure drawing in live animation.

Who’s The Voice Over Cast For The New Film?

Author Jeff Kinney originally wanted to be a newspaper cartoonist. He did try to get his work syndicated for around three years but to no avail.

He started writing a journal in his twenties, just for fun and that got him an inspiration for the story.

He worked on it for eight years until he finally showed it to someone. Then from there, success started to pick up and bam, a bestselling book to a whole upcoming series.

Greg is actually a version of myself.

I was a messy kid just like him. My family members are reflected in the Heffleys in some way. My brother literally lived in the basement and played in a band, just like Rodrick. The parents are just like my parents, in some way.

Everybody has sorta been put into the fiction blender, so it comes out as fiction but everybody that watches this movie in my family, they know what I’m writing about.

Jeff Kinney in a global press conference on December 1st.

Brady, Were You Familiar With This Book Before You Auditioned as Greg Heffley?

Brady Noon, the voice talent for Greg this time, tells a story of him competing with his classmates on library day where they all wanted to get their hands on the Diary Of A Wimpy Kid Book.

He was addicted to reading the series and admits he’s a bit of a nerd back in middle school.

Just the fact that there was another movie coming out was, the most exciting part for me. Even if I didn’t get that part, I would still get very excited.

He was so glad he had the opportunity to audition for the part and dived back into studying the books and live-action films again. With tremendous hard work, talent, and luck, Brady Noon eventually got the part.

For Jeff Kinney, although he relates to Greg a lot and that will be his ultimate favorite character, next to him was Rowley, Greg’s best friend.

Rowley is a fun and laidback character. He likes being a kid and doesn’t care about growing up, just enjoying the moment.

He’s a very incorruptible kid. That’s what I like about him, it creates tension between him and Greg which wishes for both of them to grow up. Rowley, he’s just not ready to grow up yet.

Jeff Kinney, author of Diary of a Wimpy Kid

For Brady, personally, he kinda relates himself to Fregley a little bit.

Although the same age as Greg and Rowley and their neighbor, Fregley is a big nerd as well as a bit quirky.

Greg tries his best to avoid him initially because of his somewhat creepiness but in the middle, tried to be best friends with him just to spite Rowley.

As Brady was saying, he sees himself in Fregley, a nerd. He’s a big bookworm who likes comic books and star wars. But for the weirdness part, maybe not too similar.

When Is It Streaming?

Diary Of A Wimpy Kid is coming to Disney+ on December 3, 2021. After 14 years of publishing the first book, Jeff Kinney is retelling the story of Greg, authentically to a brand new audience, which he finds thrilling.

Catch the trailer for the movie here.