Some of these brands grew their roots in Malaysia but has sprouted all over the world since! 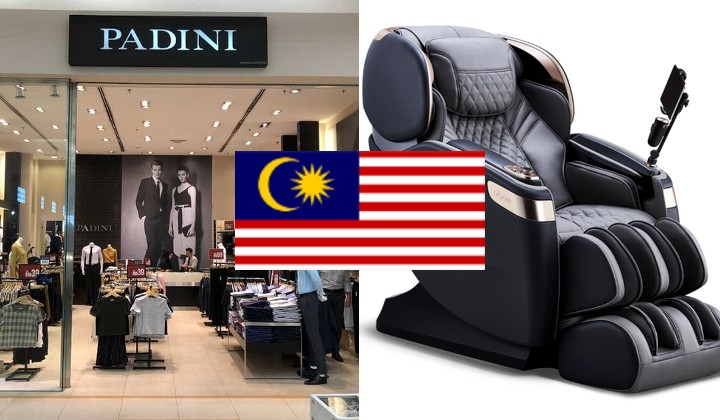 We all know that Mydin, MR. DIY and 99 Speedmart are Malaysian brands, right? We see them everywhere here. Some of them even franchised outside of Malaysia.

And we couldn’t be more proud.

But did you know these Malaysian brands below are known both locally and globally also? Wait, you thought these were international brands? Well, they were either started by Malaysians or in Malaysia. Let’s check them out.

In 1971, Shangri La Hotel was first opened in Singapore by a Johor-born Malaysian Chinese named Robert Kuok. He once wanted to name the hotel, Orange Grove Hotel but his friend, Georges Toby didn’t like it. So he suggested Le Shangri La and the name Shangri La stuck.

Before he dived into the hotel business, Kuok established the Kuok Group in 1949, a company that rose to riches thanks to their dabbling in sugar production. He was even called the “Sugar King of Asia”.

Now, the luxury hotel and resort chain is headquartered in Hong Kong and can be found across Africa, Asia, the Middle East, Canada, Oceania, and Europe. The Kuok Group now handles everything from hospitality to trading and properties.

You wanna know something extra? Currently, Robert Kuok is also the richest man in Malaysia and one of the richest men in the world.

Bonia came from an Italian inspiration of the artist Giombologna and also the city, Bologna. Close enough, right?

The founder of Bonia Corporation Berhad, Chiang Sang Sem is a Malacca-born kampung boy and the son of rubber tappers. He started his journey in the fashion and textile industry when he worked in a handbag factory for his uncle’s friend in Penang.

In 1974, he opened his first own factory in Singapore and later went through tons of milestones to get to where he is now. Starting his journey in both Malaysia and Singapore, his brand, Bonia is now flourishing in boutiques all around the world such as Thailand, Cambodia, Vietnam, Myanmar, Indonesia, Japan, Taiwan, Kuwait, and Saudi Arabia.

FYI, Sembonia and Carlo Rino are also under Bonia, did you know?

H&M is from Sweden while UNIQLO is from Japan. What about PADINI though? Nope, it’s not from any European or American country. It’s from Malaysia!

Padini Holdings Bhd is founded by Yong Pang Chaun, who is now the Managing Director of Padini. He learned the ins and outs of the textile trade in Singapore after secondary school.

At the age of 20, he returned to Malaysia and started Hwayo Garments Manufacturers Company, a small ladies garment and wholesaling business supplying to Malaysian departmental stores in 1971.

The company grew to become one of the country’s leading fashion companies with over 140 stores in Malaysia and also overseas in Cambodia, Indonesia, Bahrain, Brunei, Myanmar, Oman, Qatar, Thailand, and the United Arab Emirates.

Did you know that Brands Outlets, Vincci, MIKI, and SEED are a few of their many owned labels? Kudos to them.

You didn’t really expect this brand to be Malaysian, did you? However, it did started in Malaysia and is currently operating here too.

This household cleaning supply brand is founded in 1988 with the name Goodmaid Chemicals Corporation Sdn Bhd (GCC). Their production plant is located at Senawang, Negeri Sembilan.

It was first established in Malaysia but is later acquired by a Japanese hygiene and sanitation company called Saraya Global Japan in 2014. Since the merge, this Malaysian brand changed to Saraya Goodmaid Sdn Bhd.

Currently, this brand is home to more than 60 countries including the Asian, African, Middle-Eastern, and Eastern European regions.

It’s a global brand, home-grown in Malaysia. Remember that next time you walk by the cleaning aisle.

Well, we all thought this massage chair brand was from Japan. Surprise, surprise. It is truly homegrown, according to MATRADE.

Ogawa basically means ‘stream’ in Japanese. Although the name is picked from a Japanese origin, the founders, Mr. Wong Lee Keong and Ms. Lim Poh Khian are both Malaysian.

From their establishment in Malaysia in 1996, now they have around 1000 retail outlets and counters in more than 20 countries globally.

Are you surprised yet? Here’s more for you to explore. Check out these F&B brands we thought were foreign but actually are Malaysian-based.

Valentine’s Day: The Bizarre History Behind The Day Of Romance