The pilot project has placed 11 vending machine units around Klang Valley to reduce the barriers faced by the visually-impaired community. 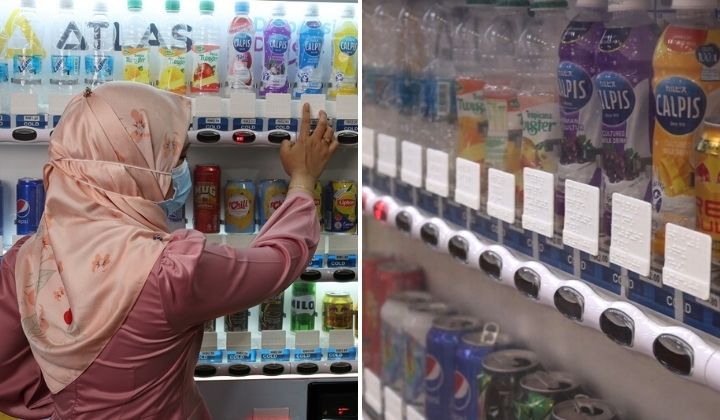 Visually-impaired commuters around Klang Valley, especially in Brickfields, can finally get their drinks from vending machines easier than before.

According to The Malay Mail, this initiative was possible thanks to the collaboration between food and beverage vending operator Atlas Vending and the Malaysian Association for the Blind (MAB).

The project is still in its pilot run with 11 vending machine units placed at selected LRT stations.

According to Soya Cincau, the vending machines can be found at:

The vending machine will carry some of Malaysia’s favourite bottled and canned drinks, and it accepts both cash and cashless payment options.

The locations were chosen based on MAB’s data on areas where the visually-impaired frequent most for both work and social purposes.

People do not realise that without such technology designed for our visually-impaired members, they face barriers in performing seemingly simple tasks that sighted persons may not give a second thought to, like purchasing a can of drink from a vending machine without assistance.

At MAB, it is part of our organisation’s aim to educate and create equal opportunities for visually-impaired persons, to enable them to enjoy the same quality of life as the sighted.

Atlas Vending marketing and ancillary business head Amy Gan expressed delight that the project has come to fruition after months of planning and testing prototypes.

At each step, the feedback and suggestions from the MAB team were studied and incorporated to ensure that the final design of the machines would be truly convenient for visually-impaired customers.

Among the feedback that proved vital to the project include details such as the colours of the indicator lights and the spoken speed of the audio instructions.

Hopefully, these new vending machines will be made available to more public areas soon.