Sharala Axryd hopes to inspire a new generation of women to make tech a career of choice in the future. 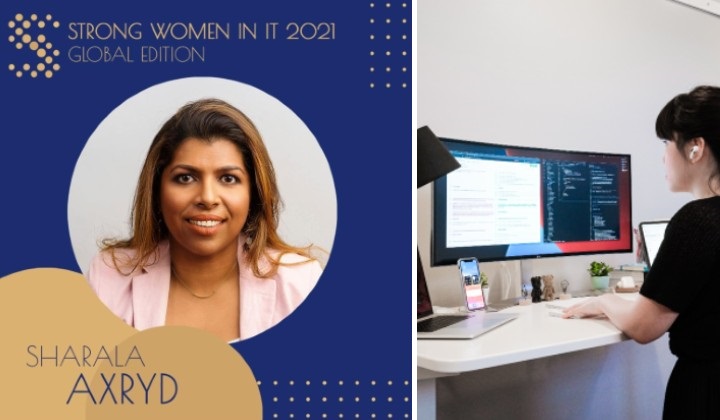 Earlier this year, it was reported there had been an increase in the percentage of women in the workforce, especially in the field of technology.

While this is good news for those looking to remove existing notions that information technology (IT) is a male-dominated industry, the representation of women in the industry is still only at 35%, with leadership roles accounting even less than that.

That’s why reports like the Strong Women in IT exist – to inspire other women at the beginning of their career in the IT industry and to eventually eradicate the common gender bias towards men in the industry.

Just last week, the Strong Women in IT 2021 global report was revealed with Malaysian Sharala Axryd making the list as one of the 200 most influential people in the field of IT in the world.

Sharala, who is the founder and chief executive officer of the Centre for Applied Data Science (CADS), happens to be the first Malaysian and only Southeast Asian to be awarded the prestigious role by Come Creations Group – an independent research institution based in Warsaw, Poland.

So, what aspirational insight does the 49-year-old native of Bukit Mertajam offer to those starting in tech?

One common theme that I get from the conversations that I had and from my observation is that your first job will define your career. Hence, we must understand what’s around us and be able to pivot and explore for new opportunity and challenges.

An example she gives is if you’re an accounting graduate, and your first job is in finance audit but not taxation, then your whole career would revolve around the financial audit.

She said that it’s not necessarily a good or bad thing, but we all should be able to see the more enormous opportunities that lie ahead of us.

The Ups And Downs Of Success

Working in a traditionally male-dominated industry does have its advantages.

For Sharala, being surrounded by men has opened doors for her to go further, and although it was a challenge to break the barrier, as soon as those men knew of her vision, they offered a helping hand.

However, she says it sometimes gets “lonely” and it’s tough to break into the “boys’ club”.

In 2017, Sharala she won the EY (Ernst & Young) Entrepreneur of the Year award in collaboration with the National Association of Women Entrepreneurs (NAWEM) to bring the “Data for Her” initiative to encourage women’s involvement in IT in Malaysia.

At the time, she felt there were more successful nominees, but when she won, it gave her reassurance that she was doing something right.

Follow This Man’s Inspiring Journey From PandaRider To PhD Doctor