The pill would be the first oral antiviral Covid-19 drug and is currently seeking U.S. emergency use authorization for it. 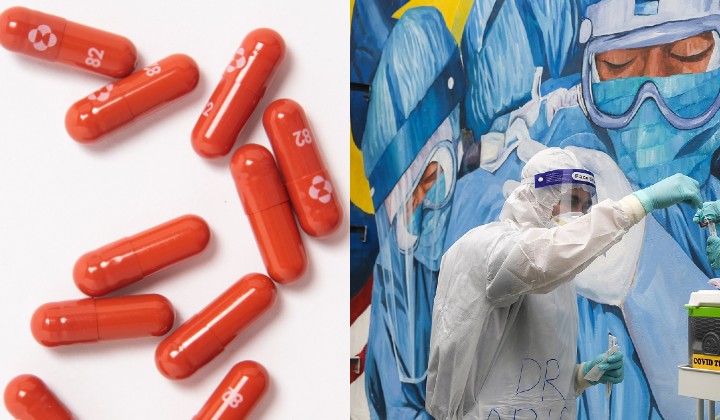 A pill that could significantly halve the chances of deaths and hospitalisation due to Covid-19 is seeking U.S. emergency use authorization for the pill and if it gets approved, Health Minister Khairy Jamaluddin is negotiating to procure it.

As we transition to living with COVID, we will be adding new, innovative treatment options to our arsenal in addition to vaccines. I have already started negotiating for Malaysia to procure these effective drugs that have gone through clinical trials. https://t.co/DIpvi5oOWa

Developed by Merck & Co together with partner Ridgeback Biotherapeutics, Molnupiravir has been hailed by experts as a potential breakthrough in how the virus is treated.

It is designed to introduce errors into the genetic code of the virus and would be the first oral antiviral medication for Covid-19.

An oral antiviral that can impact hospitalization risk to such a degree would be game-changing.

Molnupiravir is an investigational, orally administered form or a potent ribonucleoside analog that inhibits the replication of SARS-CoV-2, the causative agent of Covid-19.

According to this report, antiviral drugs like Molnupiravir take advantage of the fact that viruses need to replicate inside a person’s cells to sicken them. Antivirals stop the replication process so the illness doesn’t progress.

The drug introduces RNA-like building blocks into the virus’s genome as it multiplies, which creates numerous mutations, disrupts replication, and kills the virus.

People who took four Molnupiravir pills twice a day for five days — within five days of showing symptoms — were about half as likely to be hospitalised as those taking the placebo.

They were also less likely to die, with eight deaths in the placebo group reported within a month of treatment and one in those who received the medicine.

More information can be found about the research that goes behind the drug at https://merckcovidresearch.com/

Pfizer Is Making A Covid-19 Pill, Here’s What You Need To Know About It