Ikmal Zaidi Hashim extends his sincerest apologies to all Muslims near and far. 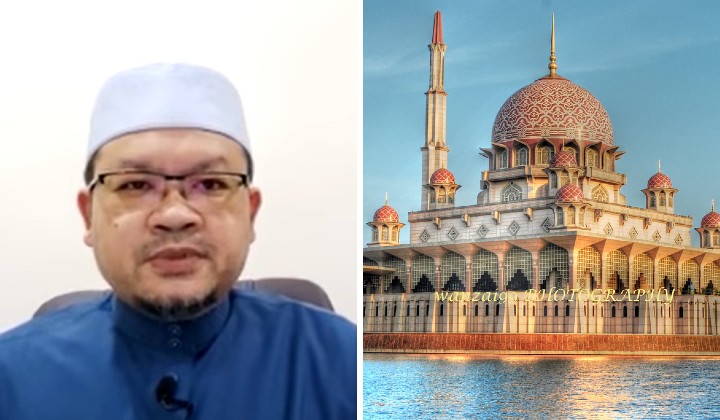 In response to a video of VIPs skipping the queue to pray going viral late last week, the Grand Imam of Masjid Putra Ikmal Zaidi Hashim responded with a Facebook livestream, which appeared to make matters worse, leading to it eventually being deleted.

The dissatisfaction however didn’t stop there as netizens continued to spread the video and call the imam out on his statements in the livestream.

Yesterday, Ikmal had nothing more to say himself, though he did share the thoughts of a Universiti Malaya Associate Professor, whose ideas of special treatment for VIPs appeared to parallel the imam’s.

Needless to say, that move did not help the situation either, as the imam and the Associate Professor continued to come under fire, with both of them disabling comments on their respective Facebook pages.

Late last night, Ikmal came forward with a different approach, offering his sincerest apologies for the situation that arose from his statements.

He says “I, Ustaz Ikmal Zaidi bin Hashim, Grand Imam of Masjid Putra wish to apologise openly, to all Muslims who know of this case, near or far, for my reaction which was a bit extreme.”

I wish to apologise for going too far, and will strive and promise to improve conditions, especially in terms of the SOP in Masjid Putra. I invite all, especially the congregants of Masjid Putra, to continue our activities, be it Friday prayers or Fardhu prayers.

READ MORE: Putrajaya VIPs’ Imam Isn’t Finished Yet. After Deleting His Livestream He Returned With Something To Share