The Imam addressed the issue via a Facebook livestream, which he has now deleted. 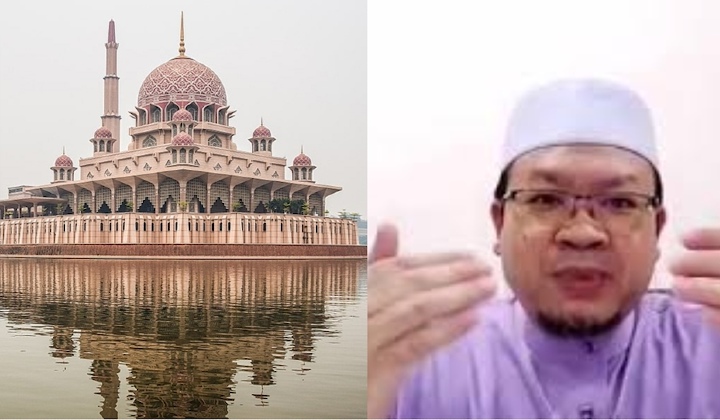 Recently, the Grand Imam of Masjid Putra, Putrajaya, Ikmal Zaidi Hashim explained that there is a 10% quota for VIPs at Masjid Putra via a Facebook livestream that has now been deleted.

He also mentioned the current total capacity for Friday prayers is 300 people, admitting that its not a large number.

The statement was made in response to a video which went viral, showing regular people unable to enter the mosque as the quota was already filled but VIPs walking past them and being let in anyway.

What the imam has to say

Ikmal said the people have to understand that Masjid Putra is a Government mosque, situated right next to the Prime Minister’s Office.

We want to give a chance to VIPs – ranked director and above. They are busy, and sometimes their meetings finish late on Fridays. So we give them the opportunity with the 30-person quota, while the public have a quota of 270 people.

The Imam’s Facebook live stream however, did not receive much positive feedback from netizens, especially as the public are limited to a first come first served policy, while VIPs are not.

“First come first served basis. I said it in English, if you still don’t understand I don’t know what to say,” said Ikmal.

The Imam claims that the people who recorded and spread the video have sinned, and while he prays they receive guidance from Allah (swt), they still need to apologise to him (Ikmal) first.

However, Deputy Minister of Religious Affairs Datuk Ahmad Marzuk Shaary caught wind of the incident and, according to MalaysiaKini, is asking the mosque to treat all mosque attendees equally.

What netizens think of it

Twitter user Ad-Dien said that VIPs should arrive early, since they know Friday prayers is on Friday, and being busy shouldn’t be an excuse. Quoting the Fiqh methodology, he says “each person who comes first in a matter of necessity has rights to it.”

Mosques don’t belong to Kings or noblemen, or anyone for that matter. Mosques are for everyone including non-Muslims if they need shelter. VIPs should show a good example to the people by arriving earlier than everyone else instead of making excuses like this.

Other Twitter users also aired their opinions, with the first come first served policy as a point.

Thakib says if there is a 10% quota allocated, then the term first come first served can’t be used. “The VIPs arrive late, why should we wait for them. It would be good to amend these terms that mind VIPs,” he tweeted.

Another user used sarcasm as their two cents.

“I can’t be bothered, its the rakyat’s fault for not having titles. Who asked you to not have a title, next time if you want a spot, say you just finished a meeting,” the user said.

In the tweet, the Negeri Sembilan MB is shown to be praying on mosque grounds, not inside, as he arrived late.