Casio A100: They do make some things like they used to . 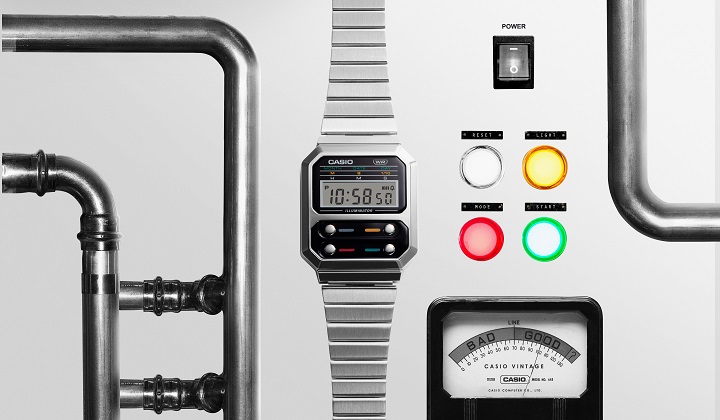 There are just some things from the past that we will keep returning to, not because we cannot let them go, but because we cherish them.

Remember Knight Rider? The show with the car that everyone wants. So much so that in 1987 Proton made a hatchback version of the Saga called Proton Knight.

It was so iconic that recently a local car designer created a concept car, reimagining the Proton Knight for the 21st century, but without the wrist watch communicator like the one Michael Knight had.

How about the movie Alien? Singular. The first one. It was a masterclass in design and storytelling. It had a strong female lead, a xenomorph unlike anything the world has ever seen.

Its influence can be seen in various media even today. But none comes close to the original despite all the computer graphics and movie technology.

Have you played Pac-Man? The original look, sounds, and gameplay of Pac-Man is iconic to this day. It was such a work of genius that it had enemies that felt smart even before AI was invented.

It was originally designed by Toru Iwatani to appeal to female gamers and was called Puck-Man. Pakupaku, being the Japanese onomatopoeia for eating heartily.

However, its popularity spans across genders, ages, and generations. In fact, since then, Pac-Man has shown up in cameos of other games, movies, and plenty of merchandise!.

The Casio A100 Series

Distinguished, retro and futuristic. The Casio A100 pays homage to the 1978 F100, the first Casio quartz watch in a resin case and the same one Ripley (Sigourney Weaver) wore in Alien (1979).

Now updated with metallic components, the iconic four face button layout gives it the cutting edge look that could only have come from the ‘70s.

It also has contemporary functions like a stopwatch, a calendar, and is water-resistant for daily use and, of course, an LED light making it easy to read in any condition.

Coincidentally, the new A100 also comes in four variants: three standard and one limited edition.

All of them feature resin casings and stainless steel bands.

While all the standard models of the A100 are available via retail stores, the Casio X PacMan Limited Edition Watch is special.

Due to the limited stock availability, the A100WEPC-1B will be sold via a sales raffle contest. 100 pieces of the watches will be up for the raffle.

The campaign will run from 6 to 12 September.

From Rookies To Rockstars: Experience The Honda F1 Dream