Shields are considered as useful tools, weapons as well as beautiful works of art. 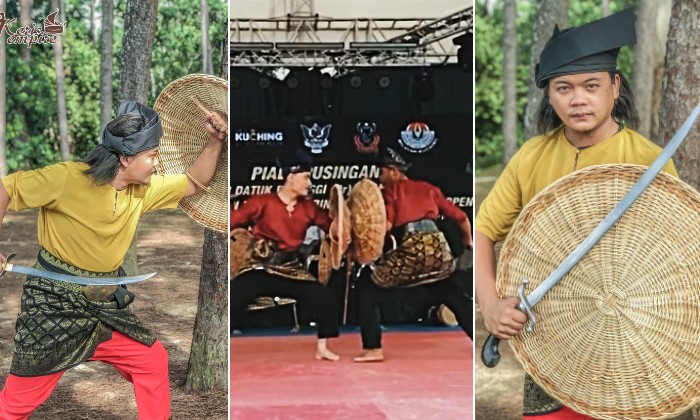 Shields have been a standard tool in mankind’s arsenal for thousands of years. Before they were used for warfare, shields accompanied hunters and herdsmen to protect and conceal themselves from wild animals.

Throughout history, different cultures from around the world and some of the most sophisticated armies on the planet carry shields of varying shapes and sizes, made from materials like wood, bamboo, animal hide or metals, as means of self-defence for the individual as well as the group in close or ranged combat, and even against modern firearms.

Shields are also used for symbolic or ceremonial purposes and are often decorated with paintings, carvings and other embellishments that are synonymous with the people who bear them.

Here in the Nusantara, shields are not only considered a useful accessory for warriors but are also perceived as beautiful works of art that were made by talented craftsmen.

These fine craftsmen still exist today in Malaysia and are on the mission to continue, protect and promote our heritage and traditions.

Recently, a local traditional gift shop specializing in exclusive handmade Malay weapons caught netizens attention with a display of an ancient shield used by fighters in the past.

Woven completely by hand, the traditional ‘Perisai Rotan Melayu’ or rattan shield was showcased for sale by the Keris Empire store on social media.

Weighing at just a little over 1kgs and with a diameter of 26 inches, the round rattan shield is noted to be an accessory paired with a ‘pedang’ or sword for use in hand-to-hand confrontations.

Together, these weapons are wielded by fighters to block and parry the opponents’ blows as they danced around in combat. Check it out;

Unfortunately, though, it appears that the historic use of the traditional rattan shield seems to have fallen out of favour for some of our more modern Malaysians.

Implying that Malaysia still has a long way to go in when it comes to appreciating our cultural past, Keris Empire revealed comments they received that were left by a number of netizens who moved to criticize the traditional rattan shield.

Screenshots shared on Facebook showed commenters comparing the ancient weapon to a ‘tudung saji’ or a food cover used at home.

One commenter even weighed the historic tool against the fictional shield wielded by Captain America, and weirdly enough, claimed that the rattan shield was an embarrassment to Malays and Islam.

Unphased by such uncultured comments, Keris Empire instead conveyed its appreciation to Malaysians who actually see value in their work and admire our traditional heritage.

Viral Video Of Policeman Showing Off Firearms, Netizens Ask What About The Code Of Ethics

Major Flood Once Every 50 Years: How The Recent Flood Stacks Up Against Previous Catastrophies