Dawid Enoch has been cautioned by his fellow artists for his behaviour. 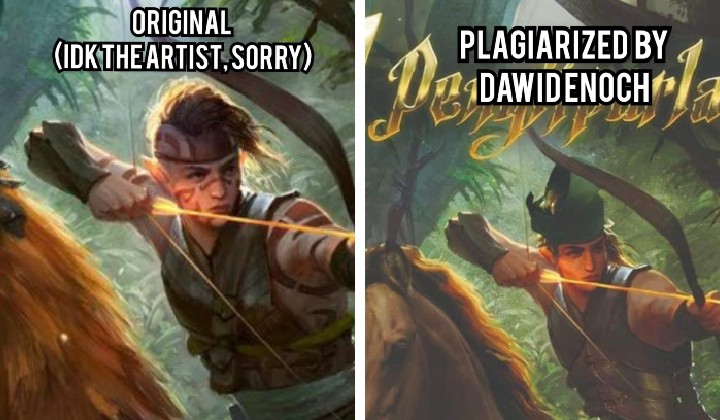 A local artist, Dawid Enoch, has come under fire lately as netizens and fellow artists accused him of plagiarising his artwork.

According to a Twitter thread by Hanza Art, another local artist, Dawid Enoch’s mode of business is to sell plagiarised art.

If you know this artist named Dawid Enoch, don't ever commission him. He's been plagiarizing other artists' artworks and making profits from them. I have a lot more proofs regarding this- will put in reply.

There's a local (Malaysia) publisher that had been deceived by him too. pic.twitter.com/vEBumIODUv

In this Twitter thread, Hanza Art and other artists share the similarities of Dawid Enoch’s art and a wide variety of art from other artists. Most of them only have a few changes, such as in the clothing.

In most of the art that Dawid Enoch posts, he claims that he created them with Adobe Photoshop.

However, artists and netizens, both locally and internationally, have condemned him for it, saying that using other people’s art as a reference (a crucial step in the learning process) and passing off a mildly edited version of other people’s art as their own, are two very different things.

These two lovely artist both draw based on the same character, but they do it with their own unique individual design,style and strokes from the scratch https://t.co/eag28KTCFi

The worst part is, artists have been calling him out on his alleged plagiarised art since last year, as seen in this thread.

According to other netizens, this issue has been brought up to him multiple times, but he makes light of the issue and jokes that he is only plagiarising “from Western artists”.

Dawid Enoch has yet to make a statement on this issue.