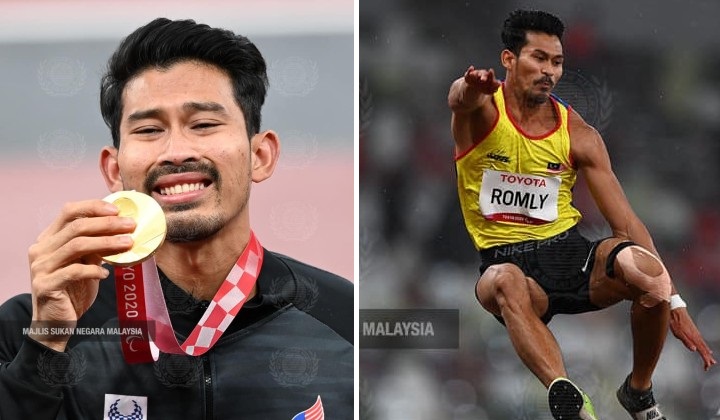 The T20 category is a disability sport classification that broadly covers athletes with intellectual disabilities.

Abdul Latif secured the gold in his 2nd leap attempt at 7.45 m.

On his 5th attempt, he appeared to have hurt himself and was escorted out in a wheelchair by medical personnel.  He did not return for the 6th attempt and could be seen slightly limping at the medal ceremony.

24-year-old Abdul Latif from Kangar, Perlis holds the world record of 7.64m in the category which he set at the 2018 Asia Para Games in Indonesia.

Abdul Latif was named the 2016 Sportsman of the Year at the Malaysia Sports Awards. He was the first Para athlete to have received the award.

He first made his athletic debut representing Malaysia in 2014 where he competed in the Asian Para Games in Incheon, Korea.

Saturday’s Paralympic event round-up for Team Malaysia was an overall gripping one with shuttler Cheah Liek Hou winning Gold in the Men’s Singles SU5 Badminton competition earlier in the day.

Read More: Another Gold For Team Malaysia At the Paralympics!

Another Gold For Team Malaysia At the Paralympics!

TLDR: How Malaysia Lost A Controversial Gold Medal At The 2020 Tokyo Paralympics