She was given an MC and ordered to stay home and wait for swab test results, but instead went out on public transportation to see her boyfriend, go shopping, and walk dogs. 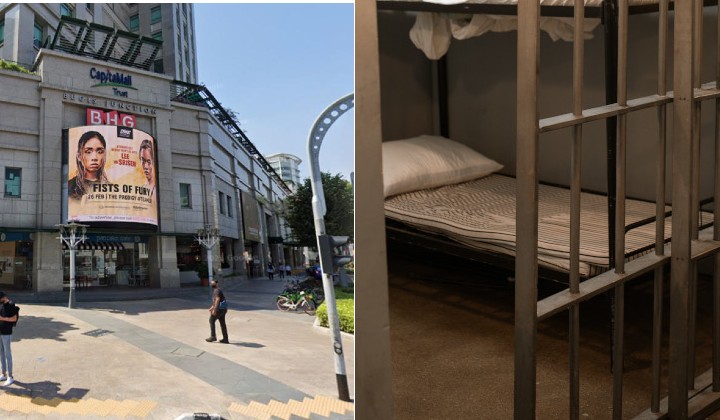 It’s three weeks jail time for a 22-year old Malaysian woman in Singapore who was caught going shopping with her boyfriend and hanging out with friends when she had been issued a stay-home notice from the doctor’s.

Ang Siu Yen, a permanent resident of Singapore, pleaded guilty to one account under the infectious diseases regulations for leaving her accommodation.

Any person convicted of an offence under the Infectious Diseases Act,  or Stay Orders Regulations is liable on conviction to a fine not exceeding $10,000 or up to six months’ imprisonment, or both.

In Singapore, if you have symptoms of Covid-19, you are required to get a swab test and are issued a mandatory medical certificate (MC) to stay home until you get your test results back, usually between 1 -3 days.

Singapore has a well-connected tracing surveillance system which makes it easy to track your movements.

Because of this, Ang’s whereabouts were easily traced through TraceTogether, a digital system the Singapore government implemented to facilitate contact tracing, and also EZ-Link, a public transportation card.

It started on 24 October 2020 when she visited a clinic in Yishun, a northern region of Singapore, to treat a runny nose, cough with phlegm and dry sore throat.

As commonly practiced in Singapore, she was asked to take a Covid-19 swab test. She was diagnosed by the doctor with an upper respiratory tract infection and told to go directly home.

Ang’s MC excused her from work for four days from 24 – 27 October 2020. It was also stated that she was required by law to stay at home for the duration stated in the MC or until her negative swab test result was out.

However, after she came home from the clinic, she went out again to meet with her boyfriend and go grocery shopping.

The next day, her EZ-Link transport card records revealed she had taken the bus to visit places like Singapore’s National Library, went shopping at Bugis Junction, and took public transport again to Yew Tee MRT.

After alighting at the MRT station, Yahoo! News Singapore reports Ang had bumped into her friend nearby and helped to walk her two dogs.

Ang even posed for a photo with her friend then headed to another shopping centre to have dinner with her boyfriend.

During Ang’s busy day out (when she should have been staying at home), a doctor from the medical centre she had previously visited, arrived at her residence to inform her that her swab test sample was rejected and that she had to do another test.

She was then contacted through her housemate’s phone and the doctor informed her she needed to take another test and reminded her she should NOT be outdoors.

Ang’s test eventually revealed she was NEGATIVE for Covid-19.

Moral of the story: she should have listened to the doctor and stayed home.