He was the Minister of Foreign Affairs not too long ago. 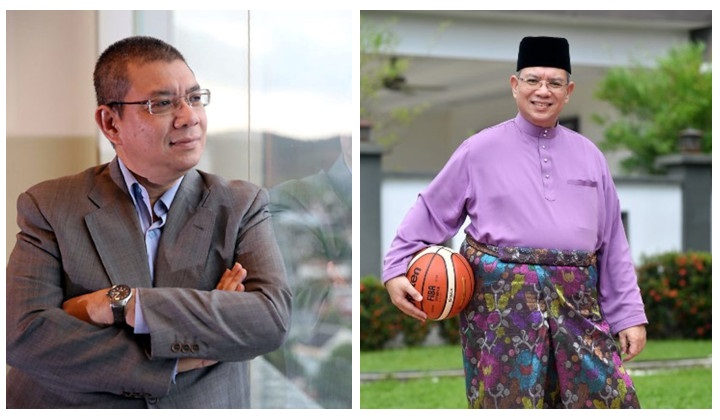 While most Ministers are returning, there is one that stands out with a record as the only Member of Parliament (MP) to have served in the Cabinet of Ministers under FIVE different Prime Ministers consecutively.

The MP is Datuk Saifuddin Abdullah, who now serves a second term as the Minister of Foreign Affairs.

But who is this person that is now again responsible for Malaysia’s foreign relations with other countries?

Born on 27 January 1961, Saifuddin hails from Temerloh near Mentakab, Pahang.

For the first 17 years of his life, he grew up in a kampong with no electricity and no piped water. They used kerosene lamps instead and showered using the river water.

His parents were teachers; his dad an Islamic teacher (Ustaz) and his mum a school teacher. He described his childhood being “reasonably strict” but got a lot more freedom in secondary school when he went off to boarding school at Malay College of Kuala Kangsar.

Saifuddin was a youth activist in high school and during those days known as the ‘revival of Islam’ era, he started to read books about idealism and the ideas of wanting to do something good.

In 1984, Saifuddin received a BA (Hons) from the University of Malaya followed by a Diploma in Translation from Dewan Bahasa dan Pustaka in 1985.

Ten years later in 1995, Saiffudin did an Executive Course at Harvard Business School.

Prior to taking on Ministerial roles, Saiffuddin had been the secretary-General of the Malaysian Youth Council.

He was also a Member of the United Nations Secretary General’s High-Level Panel on Youth Employment, a Consultant of the Economic and Social Commission for Asia and the Pacific (ESCAP), and Joint-Secretary of Bosnia Action Front.

Political journey as a Minister under 5 Prime Ministers

Considered a moderate and progressive politician

During Saifuddin’s ministerial tenure under Najib’s administration, he was considered one of the more moderate and liberal-progressive politicians.

In 2011, he criticised his own government’s handling of the Bersih 2.0 rally and in 2013, he also stood up for the student who was humiliated by a government-linked panellist at a student forum.

In 2015, Saifuddin quit the United Malays National Organisation (UMNO) and joined the People’s Justice Party (PKR) over disagreements with the government’s handling of the 1Malaysia Development Berhad (1MDB) scandal.

Five years later in 2020, he quit PKR amid the political crisis dubbed the “Sheraton Move” and along with 9 other MP’s formed an independent parliamentary block.

Saifuddin has also published eight books, one of the later ones being New Politics 2.0: Multiracial and Moderate Malaysian Democracy (2017).

Moderation is an age-old philosophy but needs contemporary articulation.

Saifuddin is married to Datin Norlin Shamsul Bahri and they have a daughter, Nur Madihah.

He is also the founder of Malaysia’s Women National Basketball League and Co-founder of the Malaysian Universities’ Royal Debate.

In April 2021, Saifuddin tested positive for Covid-19 and was admitted to the hospital. He fully recovered and was discharged after 16 days of treatment.

The New Health Minister – Who Is Khairy Jamaluddin And Why Is He Trending?

Serious, Sentimental & A Bit Funny: Who Is Ahmad Faizal Azumu?