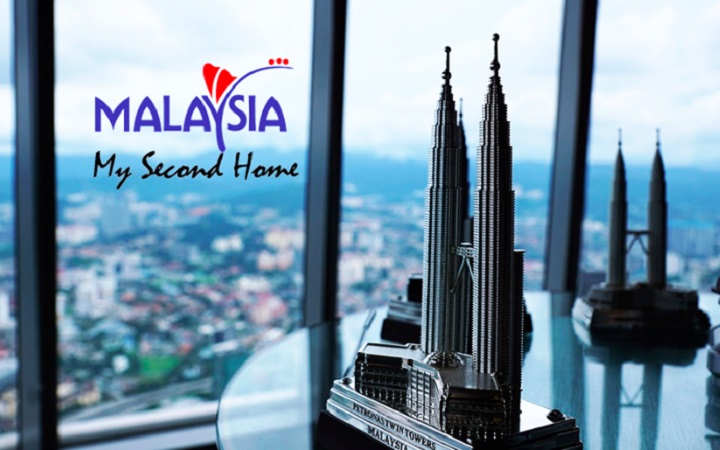 Since the beginning of the pandemic, our once growing economy has been throttled. Achieving a balance between public health and and resuscitating the economy is the equivalent of walking a tight rope.

While most consider businesses and trades of all kind when it comes to the topic of economy, there is one element that is often left out.

Though minimal in quantity compared to other economical contributors, expats and foreign investors do play a key role in keeping our economy afloat, and equally important, maintaining international relations.

As such, we would want to take good care of this group, and ensure certain levels of security for their residency in Malaysia, which was done via the Malaysia My Second Home (MM2H) program.

MM2H is a visa initiative coined by the Government to promote our country as a desirable place of residence, for foreign citizens. Successful applicants would be eligible for a renewable multiple entry-visa, making travel pretty much worry-free.

Of course, such a privilege would come at a certain cost, or shall we say, have certain requirements.

For instance, the minimum monthly income for an applicant was RM10,000, the minimum fixed deposit was RM150,000, and the minimum liquidity requirement was RM350,000 with a yearly visa fee of RM90 and a duration of 10 years.

Granted these numbers do look high, however considering an expat’s income and financial stability, it’s not something entirely difficult to put together.

Evidence of this is shown by the 57,478 MM2H visa holders, including dependents, we have today. From this number, an approximate RM40.6 billion has entered our nation between the program introduction in 2002 until 2018.

Our country, much like every other country in the world, has been facing tough times because of the pandemic. Therefore, as any nation would, ours has taken measures to cushion the blow Covid has had on our economy.

The measure taken by the Government on the MM2H program however has been deemed “unfair”, “drastic” and even “ridiculous”, as shared on the Change.org petition against the motion.

Now to the differences between then, and now:

Why the “drastic” change?

The Home Ministry secretary-general Datuk Wan Ahmad Dahlan Abdul Aziz had announced the changes on 11 August, saying it was to mitigate local “concerns” on foreign citizens, and to stimulate the economy.

One might ponder however, was this the right move, in such an era of uncertainty, when individuals and businesses alike are seen scrambling to hold on to and acquire anything that they can? It is no secret that these are turbulent times for global economy, taking into account too that we are forecasted for a 0% GDP growth this year.

The government understands the rakyat’s concerns and worries about foreign citizens entering the country through the MM2H programme, which is feared to increase the flood of foreigners in Malaysia. Therefore, the government has agreed to set a ceiling number for MM2H applicants and dependents at no more than one percent of the total number of Malaysian citizens at one time.

Looking into his statement however, Independent News Service ran the numbers and found that 1% of Malaysians is approximately 319,000 people, in comparison to the MM2H visa holders that total to about 1/6th of that amount.

Questions were also raised on the estimated 3 million “low-skilled” foreign workers from countries such as Indonesia, Bangladesh and Pakistan, and whether or not they are “disturbing” Malaysians in terms of job opportunities as much as the expats allegedly are.

Independent News Service also reported that Industries Unite (IU) and MM2H Consultants Association labelled the changes as shocking, drastic, unreasonable and even down-right unacceptable for some.

“It is unethical to subject them to the new requirements. This shifting of the goalposts will reduce foreigners’ confidence in our government. Drastic changes will tarnish our image and will make us the laughingstock of the world. Many expatriates under the programme are convinced that the government is looking to remove them from the country in light of the new requirements and conditions announced,” the two said in a joint statement.

The question is, how will foreign nations and investors view Malaysia in comparison to neighbouring countries and their foreign policies? Will the Home Ministry’s move play out as Ahmad Dahlan said, or otherwise?