They were the ones who brought Islam over to South Africa. 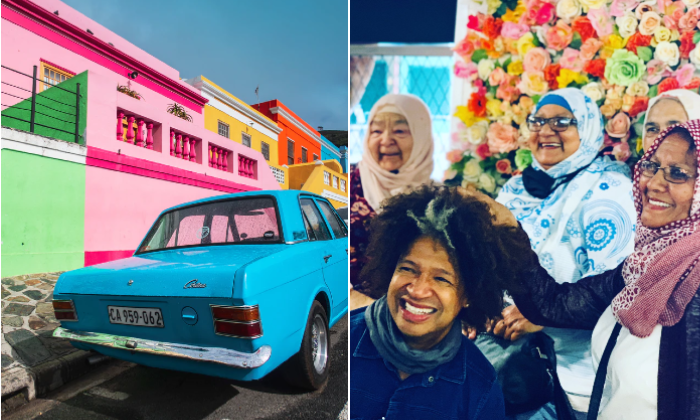 Nestled against the slopes of a hill on the outskirts of the bustling city of Cape Town, South Africa lives a colourful community of people not too different from our own.

Easily recognised by its cobbled streets and rainbow-painted buildings, the Bo-Kaap is a multicultural neighbourhood known to be one of the liveliest and oldest residential areas in Cape Town and the historical and cultural centre of the Cape Muslims or Cape Malay community.

Who are the Cape Malays?

The Cape Malay community trace their roots back to Muslim craftsman and artisans from the Malay Archipelago who were employed and brought over to South Africa by the Dutch East India Company as skilled labourers during the 1600s.

The community also included servants, slaves and people whom the Dutch exiled from Southeast Asia – among them included aristocrats from the Muslim Sultanate in Java who later became the first people to introduce Islam to South Africa.

It is said that Islam quickly spread within the non-white communities of South Africa because Christian slave owners refused to convert their ‘property’ into Christianity as the law dictated that Christian slaves can buy their way to freedom.

When the British took over Dutch colonies in South Africa in the late 1700s and banned slavery, more and more people started to move to the area, both adopting and adding to the local way of life.

Over the years, the community mushroomed to include people from other parts of Asia as well as Africa, and by the 1800s, the term ‘Malay’ was used to label all practising Muslims in the region because most of the people there spoke ‘Bahasa Melayu’ to each other at the time.

This is why some people argue that the term ‘Cape Malays’ can be a little misleading, because of the multiethnic nature of the community there, and prefer to use the term ‘Cape Muslims’ instead.

Formerly known as the ‘Malay Quarter’, Bo-Kaap was originally a settlement built by the Dutch East India Company as ‘Huurhuisjes’ or rental homes for the workers of Cape Town.

It was initially occupied by mostly white immigrants and skilled Muslim labourers known as the ‘Mardijkers’.

The area later became an enclave for a mixed group of races – labourers, merchants, artisans, musicians and scholars from across Asia and Africa – said to have built Cape Town into the city it is today.

One of them was a key figure in Bo-Kaap’s history known as the ‘Tuan Guru’ who established South Africa’s first mosque and Islamic school in the neighbourhood as well as introducing hints of Arabic culture into the community.

A major historic site in Bo-Kaap includes a Muslim cemetery called ‘Tana Baru’ which is also said to be the original name for Bo-Kaap.

The cemetery is where the ‘Keramat’ or shrines of noble local Islamic leaders are located.

A huge part of the cultural identity of residents in Bo-Kaap and the Cape Muslim community, in general, is the language that they speak, called ‘Afrikaaps’, which is a blend of Afrikaans (the local language spoken in South Africa), English, Dutch, Arabic, and Malay.

You can also find this mix in traditions in the food that the people of Bo-Kaap eat and they are also deeply tied to their love of song in which different cultures intertwine to create a unique brand of traditional music.

The neighbourhood in Bo-Kaap was also originally white or pastel in colour, however, it later became a tradition in the 1990s to painting homes and buildings in an array of bright colours. But, the reason for this is still highly debated.

Some think that the residents in Bo-Kaap had painted their homes to distinguish them from each other to avoid confusion because some of the non-Muslim residents there liked their liquor a little too much and would stumble drunk into other people’s homes.

Others say that residents started painting the neighbourhood in celebration of the local holidays and festivities.

Some also say that Nelson Mandela’s ‘Rainbow Nation’ vision for South Africa in the 1990s might have also been the reason for the neighbourhood’s colourful facade.

The 1990s was also when Malaysia sort of rediscovered its links with the Cape Malay/Muslim community and began establishing international relationships with South Africa which resulted in some of them migrating here to settle and work.

What racism did to Bo-Kaap

In the 1950s, the government of South Africa instituted the Apartheid rule which systematically divided people according to race and caused the Bo-Kaap community to change forever.

Segregation rules during the Apartheid had uprooted the people of Bo-Kaap as they were forced to separate according to imprecise and racist interpretations – with the multiethnic Muslim communities of Bo-Kaap lumped together as ‘Malays’ and confined to a specific area of the neighbourhood, while non-Muslim residents were forced to move out and relocate to other segregated areas.

A large section of Bo-Kaap, designated as District 6, was also demolished and declared as a ‘white area’ forbidden to those who do not match the skin colour.

Following the end of the Apartheid in the 1990s, the residents of Bo-Kaap later became victims of gentrification caused by the economic developments happening in South Africa.

Properties in the neighbourhood became highly sought after for their location and architecture, and the area soon became one of the most expensive places to live in Cape Town as well as a popular tourist trap.

Over the years, family homes and businesses were replaced by apartments, hotels and offices, and the Bo-Kaap community were displaced and excluded by the high cost of living there.

But in 2019 some parts of Bo-Kaap were turned into official national heritage sites in South Africa, allowing for preservation and restoration efforts, and the return of marginalized communities back to the neighbourhood.

Watch (Part 1): Addressing the community of Bo-Kaap for the historic announcement of the declaration of several heritage sites which will protect, promote and preserve the rich cultural heritage of this area. #BoKaapHeritageSite #OurBoKaap pic.twitter.com/mQ8c5dFyGk

Despite history’s challenges, the neighbourhood today is still home to the very descendants and families of the first people who built up the vibrant community in Cape Town.