Securing a housing loan is the first of many steps. 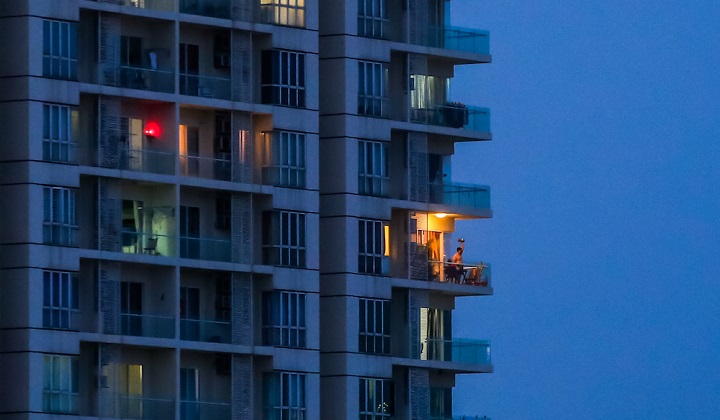 The lack of affordable housing and high prices of properties have always been an issue in Malaysia.

Who is at fault? Is it the consequence of land usage regulations? Or is the public to blame for their spendthrift attitude that escalates prices? Are there no easy solutions?

For many of these people, especially urbanites, owning a home is a challenging and frustrating, if not an ‘impossible dream’.

The only way is to rent because they lack savings and don’t have money for a down payment – attributed to the low salaries and high costs of living. A survey by the Department of Statistics (DOS) during movement control order (MCO) in March last year revealed that more than two-thirds of Malaysians had savings that could tide them over for only between two to four months.

In 2019, Malaysia’s average house price stood at RM423,179, according to the Valuation and Property Services Department (JPPH).

That works out to a monthly repayment of more than RM2,000 with a loan tenure of 35 years.

The median income in Malaysia for the same year stood at RM5,873, and Bank Negara had said that a house is only affordable if its cost is no more than 30 per cent of an individual’s gross income.

Therefore, how is an average Malaysian going to afford a house? People are also resigned to the fact that housing prices are moving up way faster than their income.

According to James Pon, senior real estate negotiator with eight years experience, a flat in the Klang Valley bought for RM25,000 in the early 2000s can rise to RM100,000 today.

“Generally, as a rule of thumb, property prices in Klang Valley double in price every 10 years.

“That’s a 400% percent increase over 20 years while salaries have increased far less, especially when we look at what fresh graduates are getting.

According to job listing firm Indeed, the average salary for a new graduate is RM 2,453 per month, based on 607 salaries reported and updated as of July 2021.

“The past four to five years, property prices have been stagnant since 2016-2017, mainly because of the economic environment and made worse at a later stage by the Covid-19 pandemic.

For marketing executive Mohamad Shaffieq Abdullah, the only solution is hard work and financial prudence.

The 30-year-old was denied bank loans a few times when he tried to purchase a low-cost apartment as a fresh graduate.

“Instead of blaming the government, developers and the housing market, I realised I had to work hard towards a healthy financial position,” he said.

Tightening his belt, he succeeded in getting a loan to purchase a second-hand low-cost flat two years later.

The key is to understand why housing loans are approved or rejected. The bank looks at your Debt Service Ratio (DSR), whether you can afford the loan based on your commitments.

For many people, instant gratification and big-ticket items were their money mistakes. Being realistic and willing to compromise is also important.

“Everybody wants the best – be it location, quality, accessibility, facilities or future developments. But beggars can’t be choosers.”

Welfare worker Caesar Teh Kai Xiong, 36, had been applying for an affordable home since 2013.

“Staying in shape to qualify for a bank loan is the most critical factor. My loan application was rejected a few times due to car loans and other commitments,” he said.

In 2018, he applied for a Rumawip (Federal Territories Affordable Housing) project in Salak Selatan that advertised on social media.

His housing loan was finally approved, but it has not been smooth sailing. He was randomly allotted a unit on the highest floor, the 45th.

The project was also severely delayed, partly due to the MCO and its various versions.  Even before the pandemic, throughout 2019, the construction progress was slow. It came to a halt during the pandemic. Workers at the construction site also tested positive for Covid-19.

He should have moved into his unit by the end of last year. The developer had only built nine storeys of car park.

Teh continues to pay around RM200 per month in interest payment because of the delay. He feels that home buyers have no effective channels to file complaints.

“We did not get any compensation for the delay as the project was granted exemption from the Extension of Time (EOT) under the COVID-19 Act (Act 829),” he said.

However, in November 2019, the Federal Court ruled that the Controller of Housing, under the Ministry of Urban Wellbeing, Housing and Local Government, has no power to grant an extension of time (EOT) to developers to complete their property development projects.

In any case, Teh and fellow homebuyers never receive a single cent as compensation for the delay. His wait for home ownership continues. The latest completion date given is December 2022, or early 2023.

For 38-year-old Kavitha (not her real name), she is renting a two-bedroom People’s Housing Project (PPR) flat in Batu, Kuala Lumpur.

She pays RM600 a month when DBKL only collects between RM94 and RM124 a month for the flats. Her testimonial all but confirms the long-standing, irresponsible practice of sub-letting out the residence to another.

The authorities had repeatedly said it would take action against offenders. Offenders risk up to three years jail or fine under the Statutory Declaration Act 1960 if found guilty.

Kavitha, who had been staying there for three years, is not too concerned.

“There had never been any inspections,” said the single mother of two.

During the pandemic, PPR tenants were given discounts and waivers on the monthly rentals– but not for her, as the actual tenant insisted on collecting every penny.

She tried a few times to rent directly from DBKL but lacked the complete set of documents each time.

As a day-care worker, she earned around RM1,000 a month before the pandemic. Now she makes about RM800 a month. Even then, it is not consistent.

People are frustrated that the government and developers are not doing more, but blaming them alone would not be an honest reckoning.

Like it or not, we need to control our finances while looking at areas to save money or increase income.

Financial literacy is the best bet for Malaysians looking to own a home.

This article was written as part of the Kiniacademy Investigative Journalism program. For more on this story click HERE.